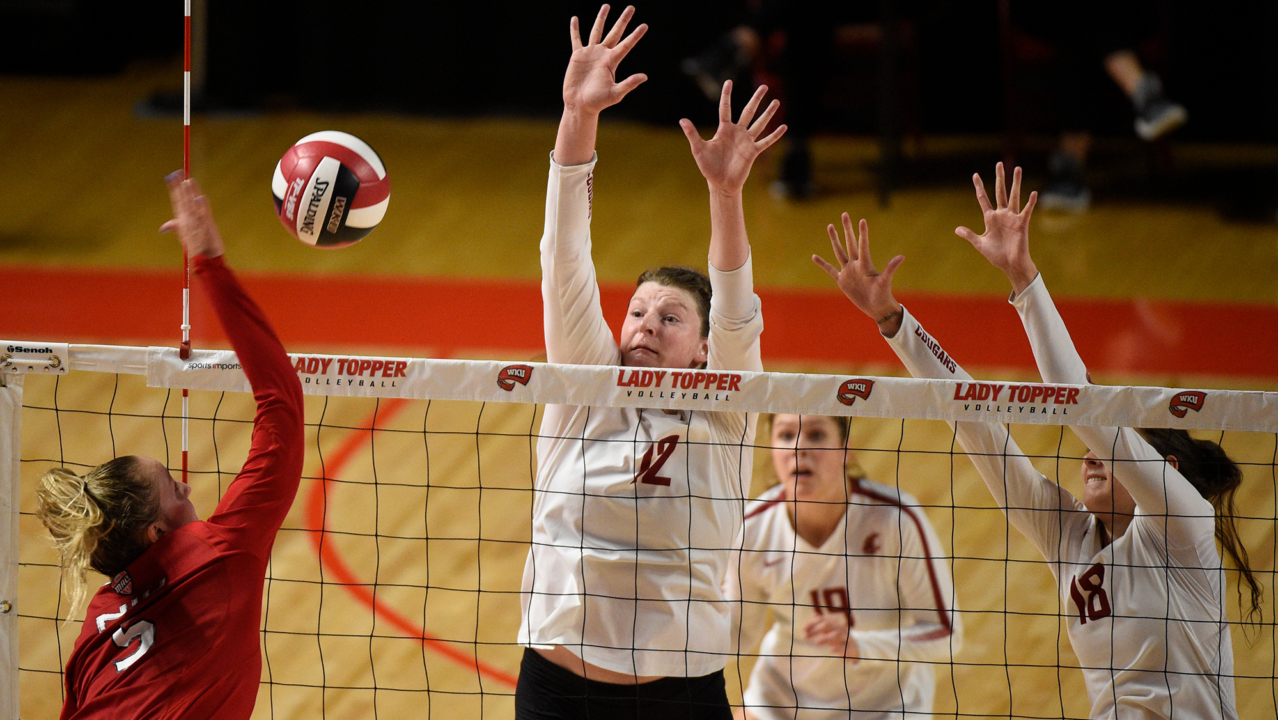 No. 18 Washington State moved to 9-0 and ended the nation's longest home win streak in the process, topping Northern Illinois and host Western Kentucky at the WKU Tournament on Friday.  Current Photo via Washington State Athletics

No. 18 Washington State moved to 9-0 and ended the nation’s longest home win streak in the process. The Cougars bested Northern Illinois in a sweep and then topped host Western Kentucky in the night cap in four sets, halting WKU’s 28 match home win streak.

The Lady Toppers had extended the streak to 28 matches with a morning win over East Tennessee State.