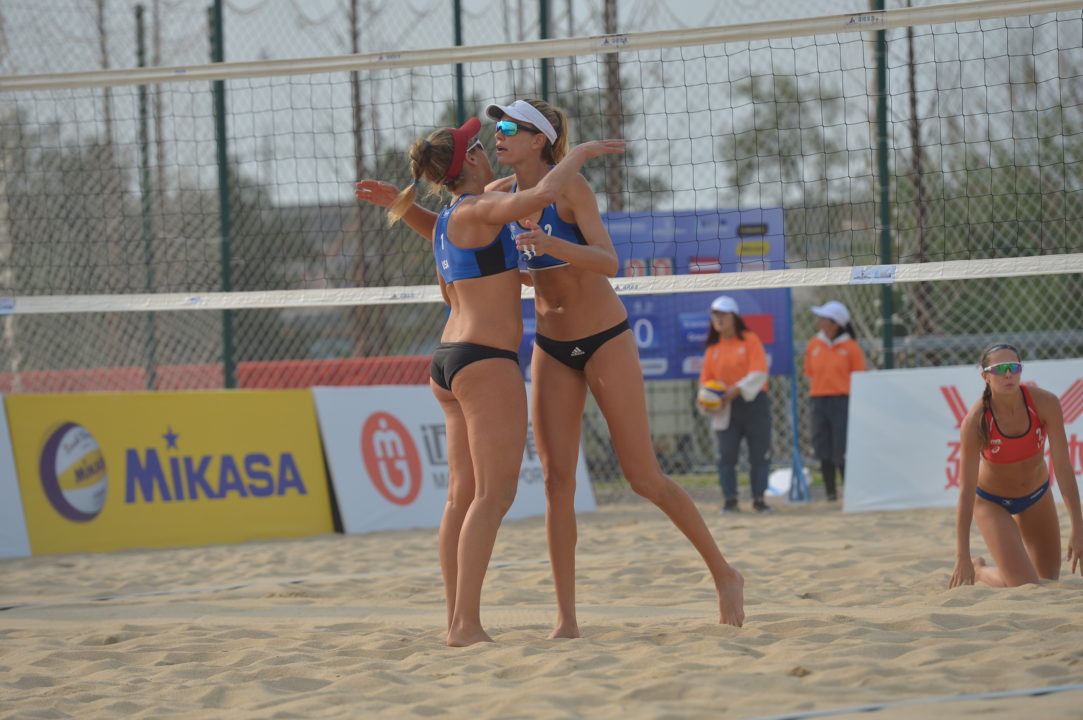 Americans Alix Klineman/April Ross will go for their first FIVB title as a pairing since winning the Hague Four Star in January against Brazil's Ana Patricia/Rebecca on Saturday night. Americans Sara Hughes/Summer Ross will be playing for bronze.  Current Photo via FIVB

Americans Alix Klineman/April Ross will go for their first FIVB title as a pairing since winning the Hague Four Star in January on Saturday night.

The No. 2 seeds, which have finished in the top five at four other tournaments including the Vienna and Gstaad Majors, will face Brazil’s Ana Patricia Silva Ramos/Rebecca Cavalacanti Barbosa Silva for the title at 2 a.m. ET.

Ana Patricia/Rebecca made their way to the championship match with a 5-0 mark, including a tiebreak win over top seeded countrywomen Barbara Seixas de Freitas/Fernanda Alves in the Pool A title match and a sweep of the pair in Round 3 (21-15, 21-19). The duo topped Americans Sara Hughes/Summer Ross 21-16, 21-18 in the semifinals.

Hughes/Ross will play in the bronze medal match at 12:45 a.m., looking for their first podium finish since winning the Moscow Four Star in August. The duo also earned a third place finish at the Espinho Four Star (July 7).

Pavan/Humana-Paredes will stand in their way as the Canadians look for their third FIVB podium finish of 2018 following gold at the Xiamen Four Star in April and Gstaad Major in July.