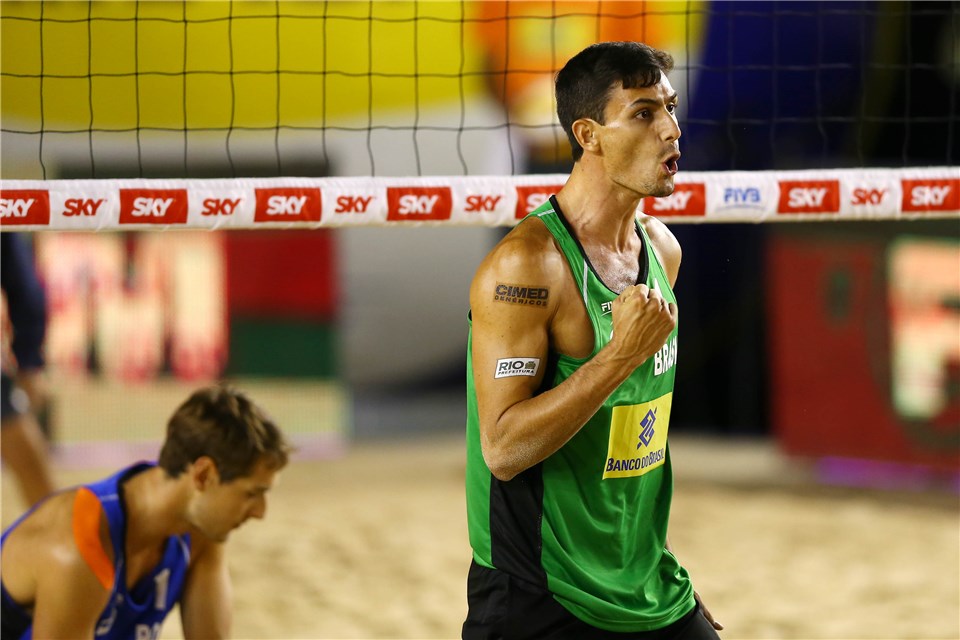 Top seeded Evandro Goncalves/Andre Loyola cruised through five straight-set matches to earn a spot in the gold medal match. The Brazilians are looking for their first FIVB title since winning the world championships in August. The pair has two silver medals since then, the World Tour Finals (August 27) and the Huntington Beach Four Star (May 6).

The homestanding duo will take on Anders Bernstsen Mol/Christian Sorum (Norway), who are looking to grab their first FIVB medal since a bronze at the Espinho Two Star in July.

In the bronze medal match, Vitor Felipe/Guto Carvalhaes (Brazil) will face off with Piotr Kantor/Bartosz Losiak (Poland). The Brazilians are vying for their first FIVB medal as a pairing since teaming up in January, while the Polish pair is in search of its first medal since a runner-up finish at the Hague Four Star in January.

On the w0men’s side, Brazil’s Agatha Bednarczuk/Duda Lisboa and Switzerland’s Joana Heidrich/Anouk Verge-Depre will meet for the gold medal, each looking to secure its first FIVB title of 2018. Agatha/Duda is trying for their first medal since a silver at the World Tour Finals in August and first gold since winning the Rio Four Star in May 2017. The Swiss pair is in search of its first ever FIVB gold and first medal since earning silver at the Hague Three-Star in June.

The bronze medal will be decided between Maria Antonelli/Carol Salgado (Brazil) and Heather Bansley/Brandie Wilkerson (Canada). The Brazilians are looking to medal in their second straight tournament, after earning the silver at the Huntington Beach Four Star on May 6. The Canadians are seeking their first ever FIVB medal after four fifth-place efforts, including Huntington Beach.