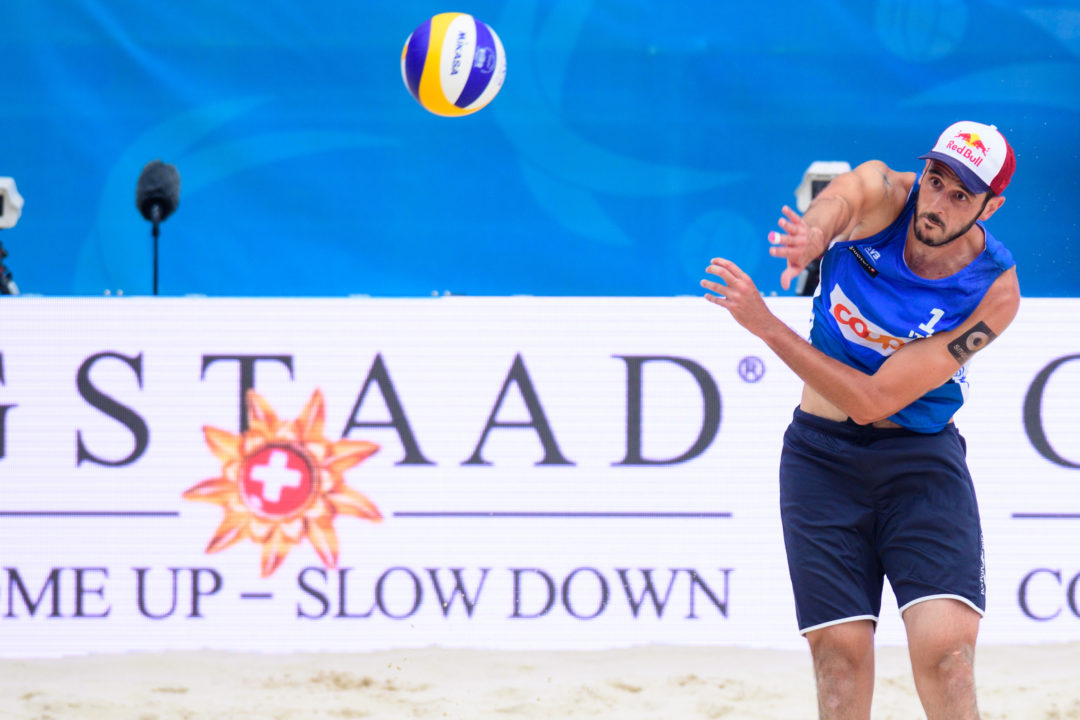 The reaction time on a Paolo Nicolai serve is similar to that of a 100 mile per hour fastball. Archive Photo via FIVB

Earlier this month, at the Vienna stop of the 2018 FIVB World Beach Volleyball Tour, Bulgarian volleyballer Paolo Nicolai recorded a record-setting 119 km/hour (74 miles/hour) that is believed to be the fastest-ever in beach volleyball competition.

The previous record of 114 km/hour belonged to Russian Igor Kolodinskiy, who was 4 times named the best server on the Russian tour.

In an interview with Il Centro on the feat, he says that he thinks that maybe he’s been faster with other serves, but because that match was played on the center court, it had a speed detector available to record the mark.

The Italian Nicolai and his partner Daniele Lupo were playing a round 3 match against Americans Phil Dalhausser and Nick Lucena, which the Italians would eventually win 2-0 (21-18, 21-18). The team would eventually lose 2-0 to Spain’s Herrera/Gavira in the semi-finals, and then beat Taylor Crabb and Jake Gibb 2-1 (17-21, 21-6, 20-18) in the 3rd place match, avenging a tournament-opening loss by the opposite score.

The World Record for serve in an indoor match belongs to Italy’s Ivan Zaytsev, who hit a 134 km/hour shot in a win over Serbia in May. Indoor servers have a number of advantages over their beach counterparts. Besides not having to deal with the elements, like wind, the indoor players have a larger area to hit into (9mx18m vs. 8mx16m) and can jump higher off the court, allowing for sharper and less parabolic angles for serves indoors.

The indoor ball is also heavier and stiffer than beach volleyballs, which are softer and lighter. The stiffer balls indoors are made for power hitting, and thus are designed to be hit more powerfully.

A serve of 119 kilometers per hour travels 33 meters per second. That means that receivers of the serve have roughly 4-tenths of a second to react to Lupo’s serve. That’s about the same as the reaction time on a 100-mile-per-hour major league baseball pitch.