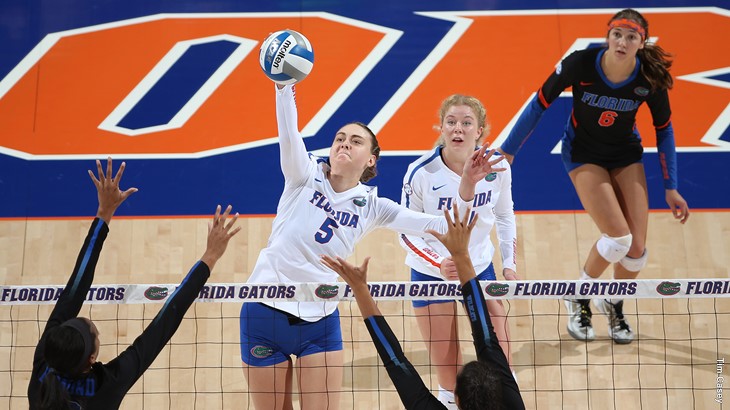 Rachael Kramer will look to lead a Florida revival after the loss of a big senior class; Way-Too-Early 2018 VolleyMob Top 25 (#6-10). Archive Photo via Florida Athletics