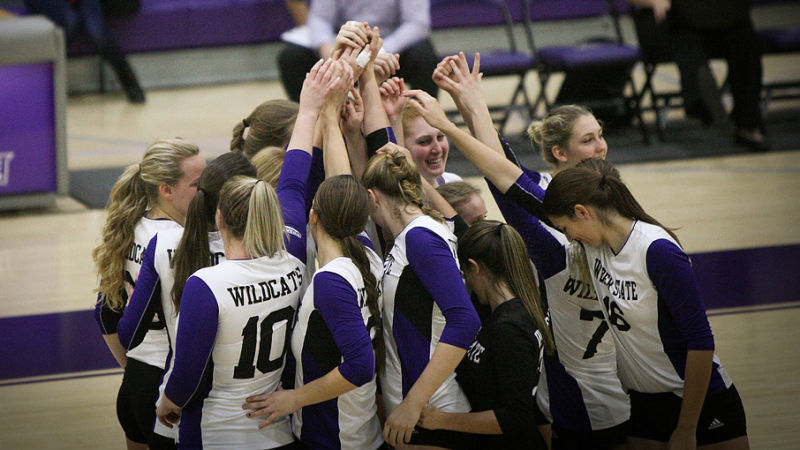 Weber State is bringing on Halle Evans and Gracey Tuifua from the transfer market for 2017. Archive Photo via Weber State Athletics

Two transfers have found their destination for the fall of 2017 in Weber State: Halle Evans and Gracey Tuifua. Evans will be a sophomore in 2017 and have three years left of eligibility while Tuifua comes in as a soon-to-be junior with two years left.

Evans joins Weber State after one season at the University of Houston. The 5’9″ setter appeared in 10 sets in 2016 and recorded 16 assists. Prior to her one-year trip with the Cougars, Evans was a three-year letter winner at Billy Ryan High School in Denton, Texas where she was named team MVP.

“Halle is a great character kid, great teammate, and a competitive worker,” Weber State head coach Jeremiah Larsen said in the release of the news. “She is going to add depth to our setter position and help push Bailey and Ashlyn in our competition to fill Taylor Kinikini‘s shoes. I am excited to see her development here at Weber State.”

Unlike the tango, it doesn’t take two to transfer, but Weber State got a second anyway as they nabbed Gracey Tuifua from the University of Toledo. As a freshman with the Rockets, Tuifua played in 21 matches and ranked fifth on the team in kills and blocks per set. Last year as a sophomore, she racked up 258 kills (2.35 per set) to go with 56 digs and 0.27 blocks per set. Originally from South Jordan, Utah, Tuifua now heads home.

“Gracey is a tremendous athlete, and played in a very good conference,” Larsen added in the Weber State release. “We are excited that we are able to welcome her back to Utah. I was able to watch her play often when she was in high school and I know the type of individual she is. It is exciting to get a person like her wanting to transfer to our program. She will help add the depth we need at outside hitter.”

Weber State finished 14-13 in 2016 with a 5-11 record in the Big Sky. It was the first time with double-digit wins since 2012. Additionally it was the most wins for the program and the first time the school finished with a winning-record since 2008. Now, as the program is back on the rise, they’ll look for Evans and Tuifua to help take them over the top.