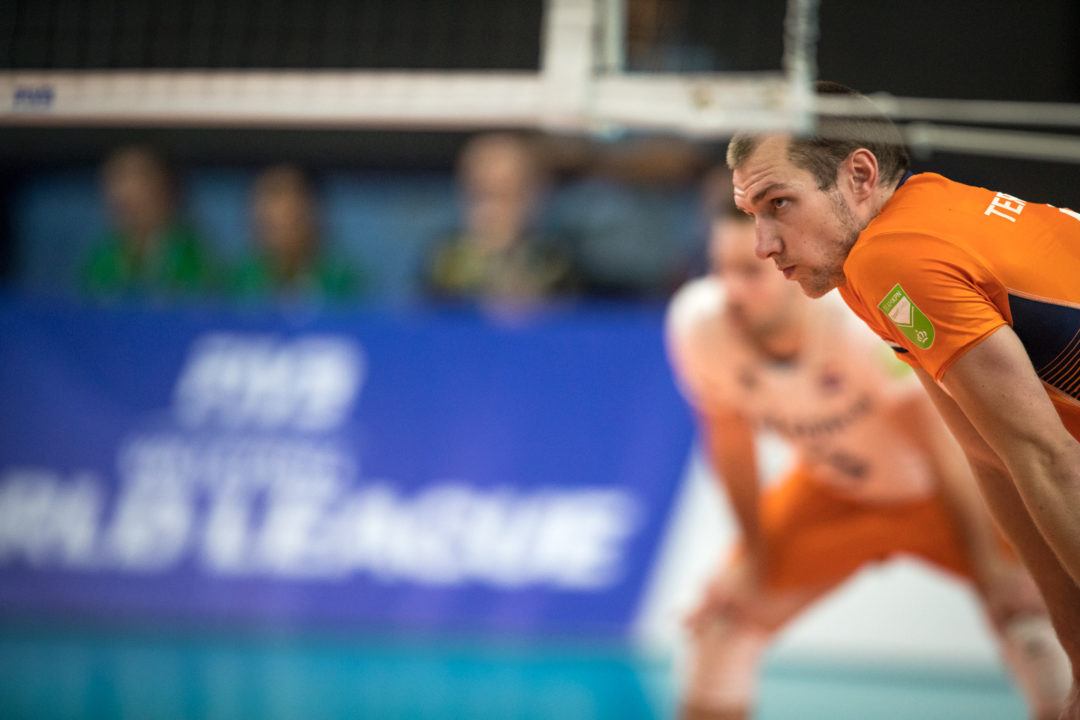 Despite not winning the World League, or finishing in the top three, the Netherlands Wouter Ter Maat scored the most points among any other player in Group 2 with 176 points.  Current Photo via FIVB

Despite not winning the World League, or finishing in the top three, the Netherlands Wouter Ter Maat scored the most points among any other player in Group 2 with 176 points.

The Dutch squad finished the competition in the fourth position after being swept by Australia in the bronze medal match. Ter Maat put down the top score on 149 kills, 15 blocks and 12 aces. The second highest scorer of the competition came from the third places finishers of Australia in Paul Carroll with 173 points on 156 kills, 10 blocks and seven aces.

China’s Chuan Jiang kept his ranking in the top three in scoring, despite China not making it to the final four of the competition. Jiang put down 164 total points in the World League on 131 kills, 18 blocks and 15 aces.