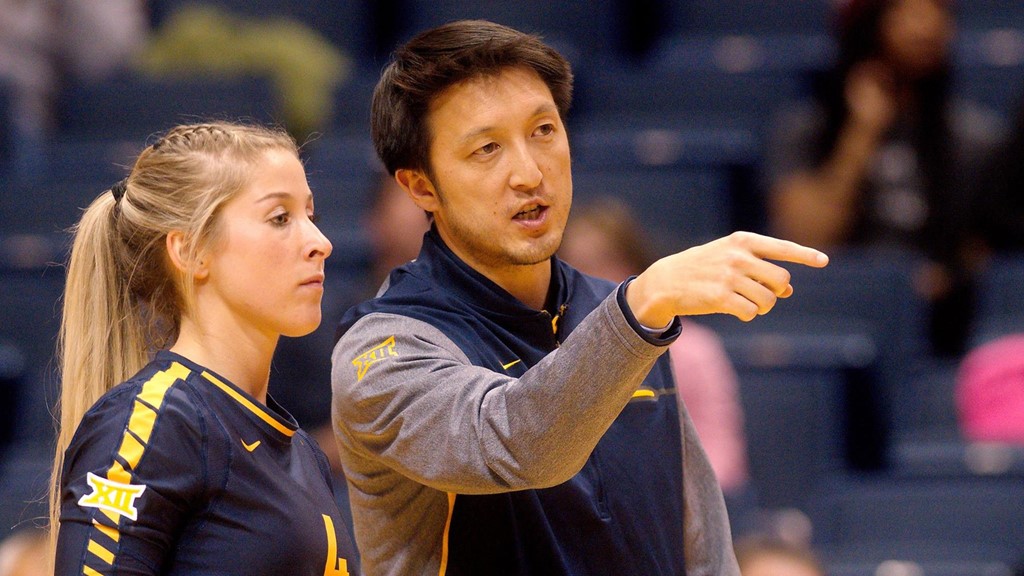 Hong joined the Mountaineer staff in July of 2017, helping lead the WVU volleyball program to a solid list of “firsts” in his first season. West Virginia collected 21 wins for the first time since 1991 and advanced to the postseason for the second time in program history, reaching the National Invitational Volleyball Championship (NIVC) Semifinals.

“I am happy to announce the promotion of Jake to an assistant coaching position on our staff,” Sunahara said. “Jake worked hard this year as our volunteer assistant and deserves the opportunity. He brings a lot of passion and energy to the program. He understands what we are building. He has first-hand experience, and I think the transition is going to be smooth. He also has formed strong relationships with our players, and I think his passion for the sport and drive to succeed will help the WVU volleyball program continue its upward climb this season.”

“I am thrilled to be the new assistant at West Virginia,” Hong said. “I’d like to thank Director of Athletics Shane Lyons, Deputy Athletic Director Keli Zinn and Senior Associate Athletic Director Terri Howes for this exciting opportunity. Reed has already built a strong foundation, and I am grateful that he is adding me to his staff. He is one of the most experienced and respected coaches in the sport, and I am ready to take on my new role and continue to help this program succeed in both the Big 12 Conference and nationally.”

Hong came to West Virginia after spending four seasons at High Point (2013-16), aiding the Panthers to a 73-51 overall record, including back-to-back 20-win seasons in his last two years. He also helped HPU to its second-ever Big South Conference Championship, locking up a spot in the 2016 NCAA Tournament in his final season as a Panther. Hong coached 12 All-Big South performers, including the 2013 and 2015 Big South Freshman of the Year honorees. He also produced one Big South Scholar Athlete of the Year award winner during his tenure. Serving as the recruiting coordinator, he helped HPU land one of the top-50 2015 classes in the country according to PrepVolleyball.com.

Prior to his four-year stint at High Point, Hong coached at the Santa Barbara Volleyball Club since 2004 and served as the director from 2010-13. He coached 30 players who went on to earn Division I scholarships, including Stanford All-American Carly Wopat. As head coach, Hong won four USA Junior National Medals and coached nine USA Junior National All-Tournament players.

Additionally, Hong spent two seasons as a volunteer at Cal Poly, where he coached five All-Big West players and helped the team reach the first round of the 2002 NCAA Tournament. While with the Mustangs, he also coached the women’s club volleyball team.

A native of San Jose, California, Hong earned his bachelor’s degree in special programs with a concentration of humanities from UNC Greensboro.