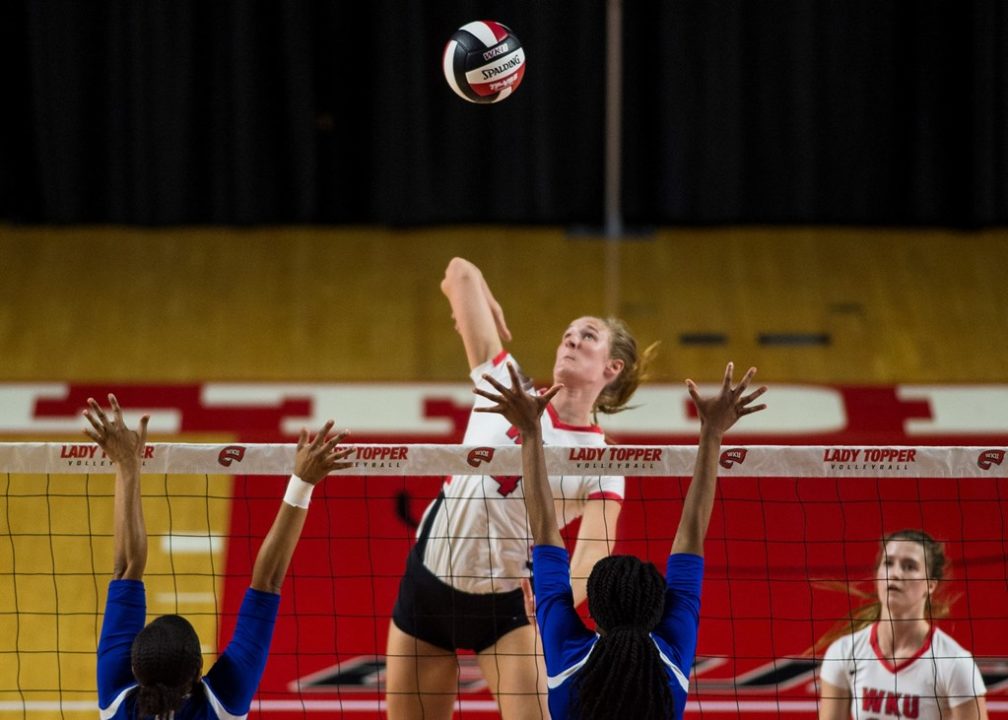 While the Hilltoppers went just 1-2 this weekend, Rachel Anderson gave notice to All-America selection committees across the country with 45 kills and 18 blocks through her first 11 sets of the season. Archive Photo via Western Kentucky Athletics

Both Missouri State and Western Kentucky entered new eras of program history in 2018. For Missouri State, that was without arguably the best player in program history, Lily Johnson. For the Hilltoppers, the loss of a huge senior class, including All-Americans Alyssa Cavanaugh and Jessica Lucas, launched them into a new era.

Both teams had a tough go in their first weekend of action of the 2018 season, adjusting to their new worlds, but in the rubber-match, it was WKU who had the biggest star left: senior middle hitter Rachel Anderson.

Anderson was good all weekend, especially offensively, where she averaged just over 4 kills/set and hit .301 across 3 matches. On Saturday, though, she went ham, adding 10 blocks (3 solo, 7 assists) to 13 kills for her first double-double of the season. Her 18 blocks in just 11 sets will leave her among the national leaders at the end of the first weekend of action.

“Really glad to get a win for our kids today,” head coach Travis Hudson shared. “They played hard all weekend long against NCAA Tournament caliber competition. We are not playing very well right now, but continue to improve every time we take the floor together.”