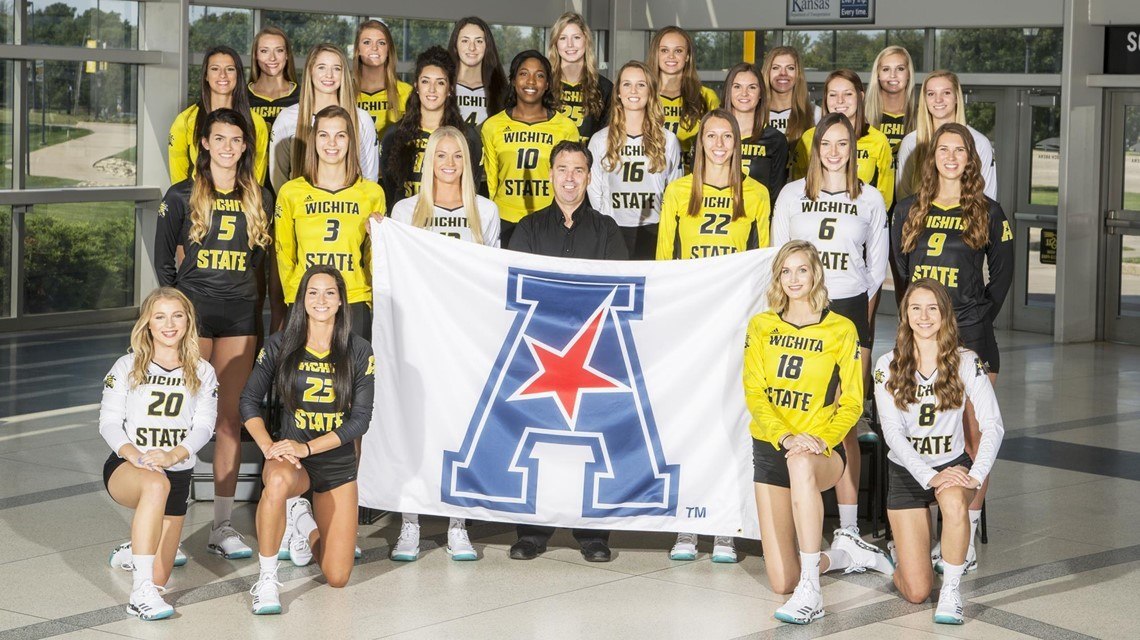 The Wichita State Shockers, which won the Missouri Valley Conference Tournament title last year, earned the top spot in the American Athletic Conference’s preseason coaches poll in its first year in the league.

Cincinnati checked in at No. 2 in the coaches poll with five first-place votes, just behind WSU’s seven first place nods. The Bearcats finished 2016 in the NCAA Tournament after going 22-10 and taking second in AAC action. UC returns four starters and saw three players – including two-time Preseason Player of the Year selection Jordan Thompson – earn preseason all-conference nods. Thompson, the league’s unanimous Player of the Year honoree in 2016 and Freshman of the Year in 2015, earned honorable mention All-America accolades after pacing the league with a record 5.50 points per set. AAC Setter of the Year Jade Tingelhoff and first team All-ACC selection Carly Nolan also are back for the Bearcats in 2017.

Temple came in third in the voting followed by two-time defending champion SMU.

UConn’s Ciara Hill and SMU’s Kendall Patterson were tabbed as second team honorees a year ago.