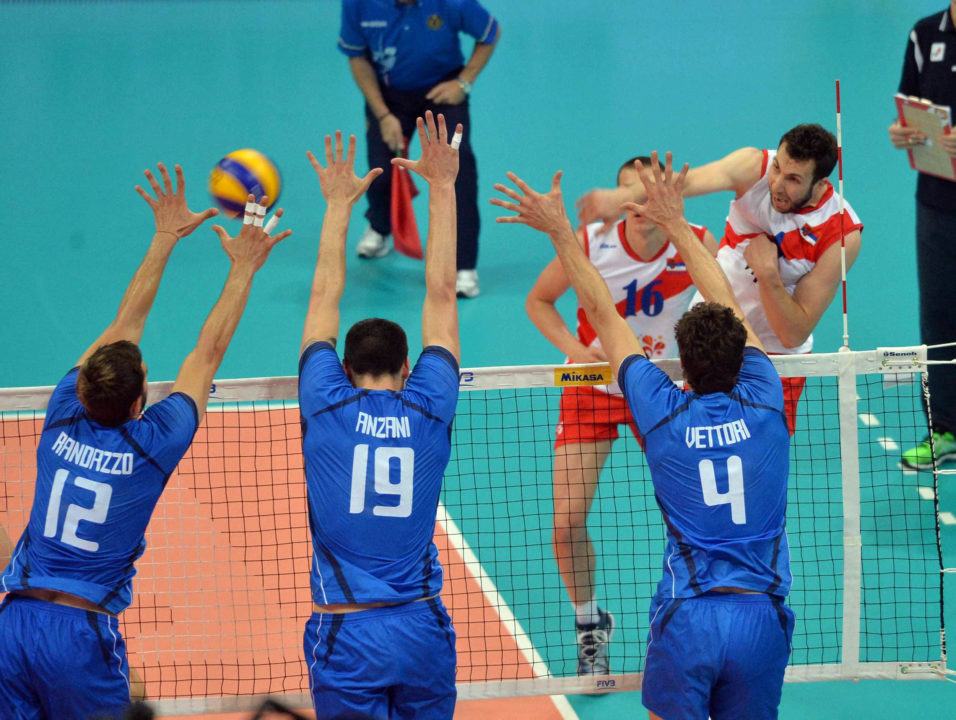 Serbian outside hitter Petric leaves Italy for Turkey after six years in the Italian SuperLega.  Current

Serbian national team member Nemanja Petric has signed a deal to play for Halkbank in Turkey for the 2017/2018 season. The 6’8” (204 cm) outside hitter leaves Italy after spending his last six professional seasons playing in the SuperLega, the highest level in that country.

In an era when many players sign deals for a single year and move from club to club yearly, Petric has somewhat broken the mold recently. He played three consecutive seasons for Sir Safety Perugia before playing the last three years with Azimut Modena. During his time with Modena, he helped lead the team to an Italian Cup title in 2015 and 2016, an Italian SuperCup crown in 2015 and 2016, and an Italian Championship in 2016. But the team had a disappointing conclusion to their 2017 season losing in the semifinals. Lu Cucine Lube Citanova won the championship.

Petric was a key member off the bench for a Serbian team that won the silver medal winner at 2015 FIVB World League. He scored 28 points in the final round of play that year on 25 kills, 2 blocks and 1 ace. In addition, he also helped lead Serbia to a bronze medal at the 2013 CEV European Championships.

Halkbank will compete for their first Turkish title since 2015 when they won the Turkish Cup and Turkish SuperCup and got silver in the Turkish Championship that year.