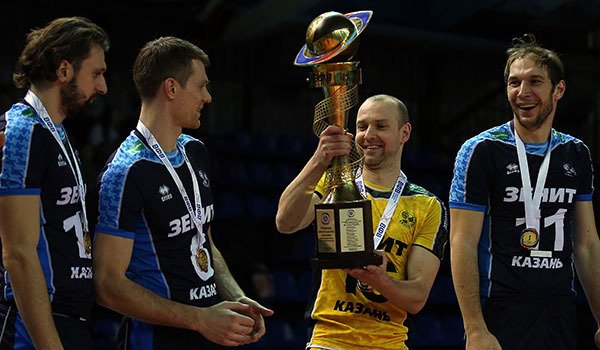 The return of Wilfredo Leon and Andrei Aschev helped push Zenit Kazan to a dominant 3-1 victory over Lokomotiv Novosibirsk. Current

Wilfredo Leon, one of the world’s elite outside hitters at just 23-years old, returned from an ankle injury this week, just in time to lead Zenit Kazan to a Russian Cup title on Saturday.

Leon returned just in time for this tournament after injuring his ankle in late November in a league match against Dinamo. At the time, the expectation was that he would miss 7-10 days with the injury, which eventually turned into about a three-week absence.

Zenit also saw the return of Andrei Aschev, who made his first appearance of the tournament after battling a back injury. Leon and Aschev combined for 28 of Zenit’s 96 points, though it was American Matt Anderson who led all players with 19.

Lukas Divis and Nikolay Pavlov led Lokomotiv with 14 points each.

“I would not put the question in such a way that there is Zenit and then there are all other clubs,” Anderson said. “Any game starts with a tie. We know that our opponents are motivated and will play their best volleyball against us. If as a result of our opponents we lose, there’s nothing we can do about it. We always welcome victories, but we’re ready for the opponents. That’s why Zenit doesn’t have a problem with motivation. Every victory is a valuable one for us.”