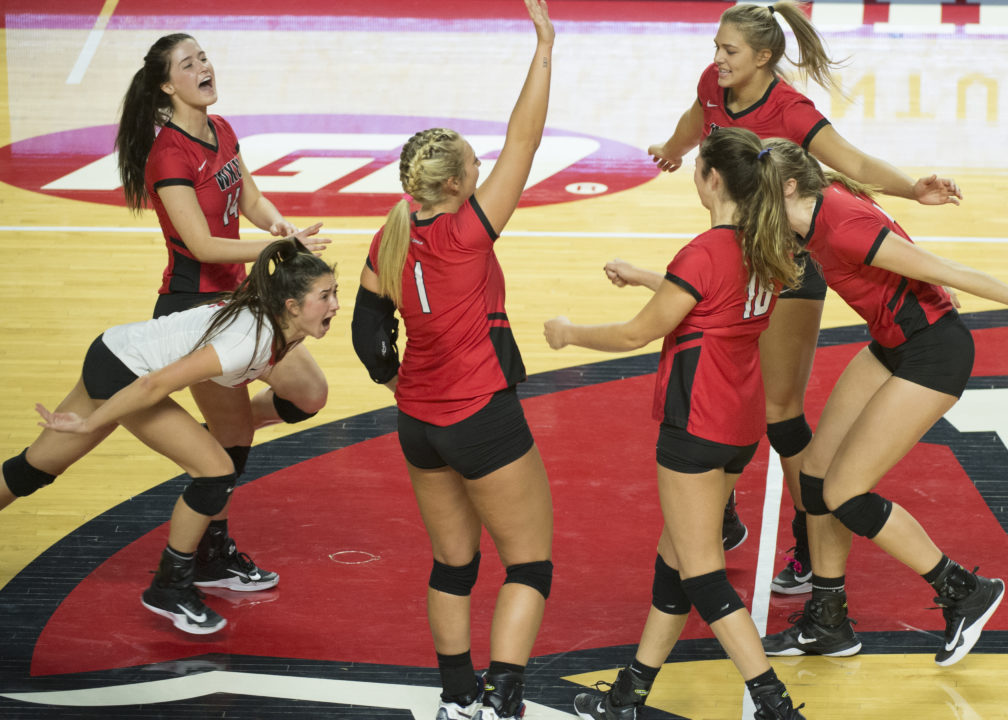 Nine NCAA Tournament teams from a year ago highlight the 2018 WKU Volleyball schedule that features 15 matches inside the confines of Diddle Arena, head coach Travis Hudson and his staff announced. Current Photo via Western Kentucky Athletics

BOWLING GREEN, Ky. – Nine NCAA Tournament teams from a year ago highlight the 2018 WKU Volleyball schedule that features 15 matches inside the confines of Diddle Arena, head coach Travis Hudson and his staff announced Thursday. Hilltopper nation won’t have to wait long to see rematches from the NCAA Tournament First and Second Rounds as Kentucky visits The Hill for a preseason exhibition on Aug. 16 and Notre Dame comes to town on Sept. 7.

“This schedule presents a tremendous challenge for our young team,” Hudson shared. “It is a relentless stretch of high-level competition that will give our team a chance to grow prior to conference play.”

Four-time Conference USA defending champions, the Lady Toppers will kick off 2018 action with an exhibition against Kentucky on Thursday, Aug. 16, before heading to the College of Charleston-hosted tournament from Aug. 24-25. In addition to Charleston, Alabama and Missouri State will also play on the opening weekend in Charleston, S.C.

WKU will open play at E.A. Diddle Arena with a mid-week tilt on Tuesday, Aug. 28, against Belmont looking to build upon its 23-match win streak on The Hill. Following their first home match, the Lady Toppers will head up to St. Louis, Mo., for a weekend outing. In addition to the host Billikins, WKU will also take on Marquette and Kansas State across Aug. 31-Sept. 1.

For the first time in the Hudson era, WKU Volleyball will host two non-conference tournaments as the Holiday Inn-University Plaza Invitational and the WKU Tournament occupy the third and fourth weekends on the docket. Several high-profile programs will visit Diddle Arena as WKU hosts the pair of tournaments including: Chattanooga, Notre Dame, Miami (OH), ETSU, Washington State and Northern Illinois.

Just 10 wins away from the 600 career victory milestone, Hudson will coach games 8-16 of the season at home on The Hill.