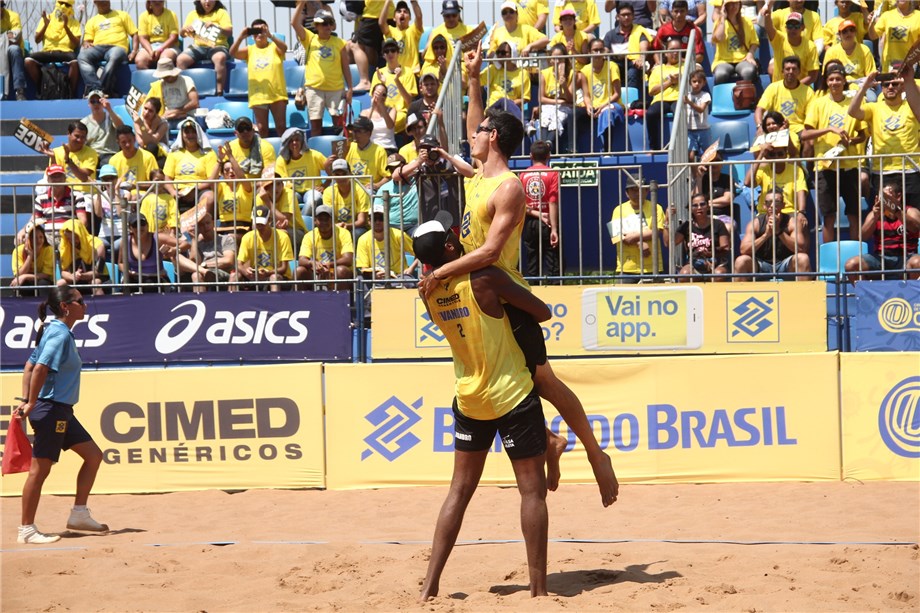 With still a stage to spare, Evandro Goncalves and Andre Loyola have secured the domestic beach volleyball title in Brazil, after winning bronze at the Maceio stage. The duo have built up an insurmountable lead in the rankings and will not be overtaken regardless of their results in the Aracaju stage of the competition. This is the first domestic title for the reigning World Champions and reigning “Team of the Year” of the FIVB Circuit.

The pair reached the Final 4 in four of the six stages they played in, winning three of them and finishing 2nd in one. The win is made even special for Evandro, since he is playing despite the fact that his mom is currently undergoing treatment for a tumor. Here is what he had to say of his triumph (FIVB.com):

“I’m happy to get another title for our team, especially since we have just over a year of partnership. This success is something very important, merit of our technical team, the nine people who work hard, mine and Andre’s. We sweat so much everyday that the results happen. Our families were also fundamental.”