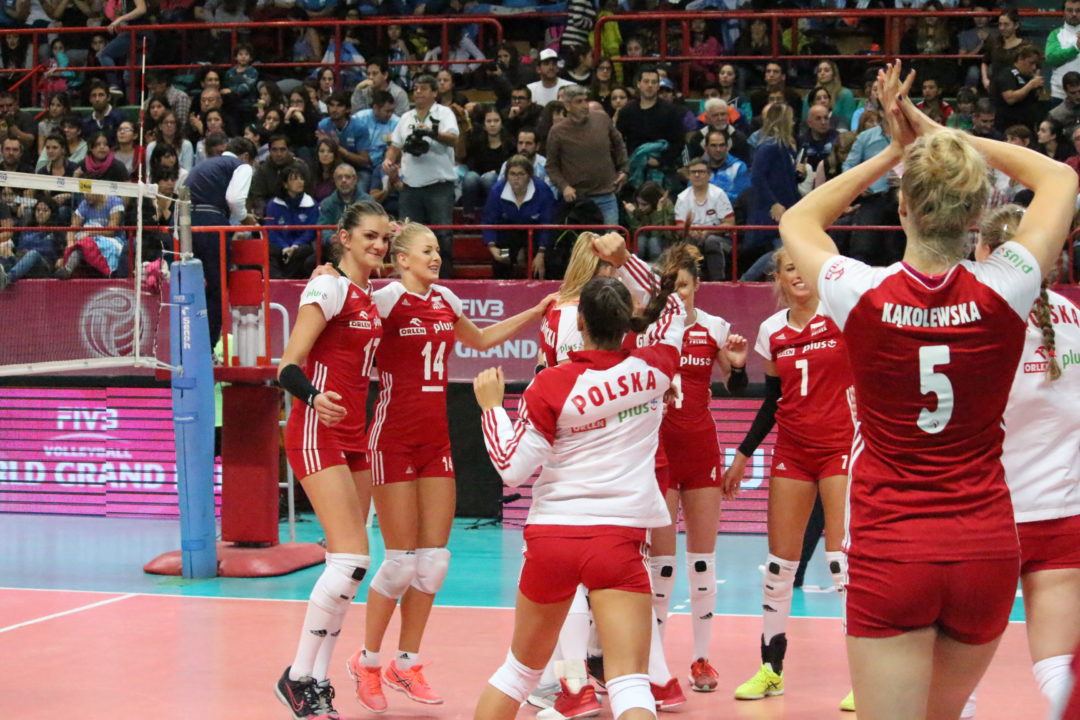 The first week of the world league has ended, bringing in a total of 131,774 fans across all three groups and locations.  Current Photo via FIVB

The first week of the world league has ended, bringing in a total of 131,774 fans across all three groups and locations.

Group 1 had 123,000 seats available to fans for the week, with 56,519 fans in attendance, nearly half of its available capacity. Group 2 had a strong showing with 50,835 fans showing up, with 114,000 seats available. In Group 3, the attendance was lower, due to the group having one less pool than the other two groups. Across the two pools, 14,420 fans attended the matches.

Turkey brought in decent numbers to their matches, with a near packed house when Brazil took them down in the final match of the week, with 7,000 fans in attendance of the 7,600 capacity facility.

In Kunshan, China, the attendance was lower due to a smaller facility that would only hold 5,400 fans. Against the United States, China brought in 5,315 fans, nearly packing the facility in the loss. The Netherlands drew in larger crowds consistently throughout the competition, not only for their matches but with every match.

Group 2 brought in 50,835 fans with most of the attendance coming in Peru and Argentina. Bulgaria brought in consistently small crowds for their matches in Ruse, with the most attending being 2,100 in their loss to Germany. The lowest attendance in Group 2 and overall (across all three groups) was the Germany vs. Kazakhstan match were only 175 fans showed up.

Argentina pulled in a high number of fans on the week, with a total of 14,500 attending their matches alone.

Peru pushed the boundaries of their 6,000 fan capacity, with four matches being over 5,000 fans. The final match of the week, with Peru losing to the Czech Republic, the stadium was pack with 6,000 fans in attendance.

In Group 3, Cameroon brought in the biggest crowds overall for their matches, with the most in attendance at 3,000. The first match they won was against Algeria, where they rallied behind the crowd to win. The second match was not so successful when they had a blaring crowd, losing to France.

Mexico’s location did not have a capacity limit but the largest crowd drawn into the stadium was for the final match of week one, in which Mexico was not able to take down Hungary in front of 2,400 fans.