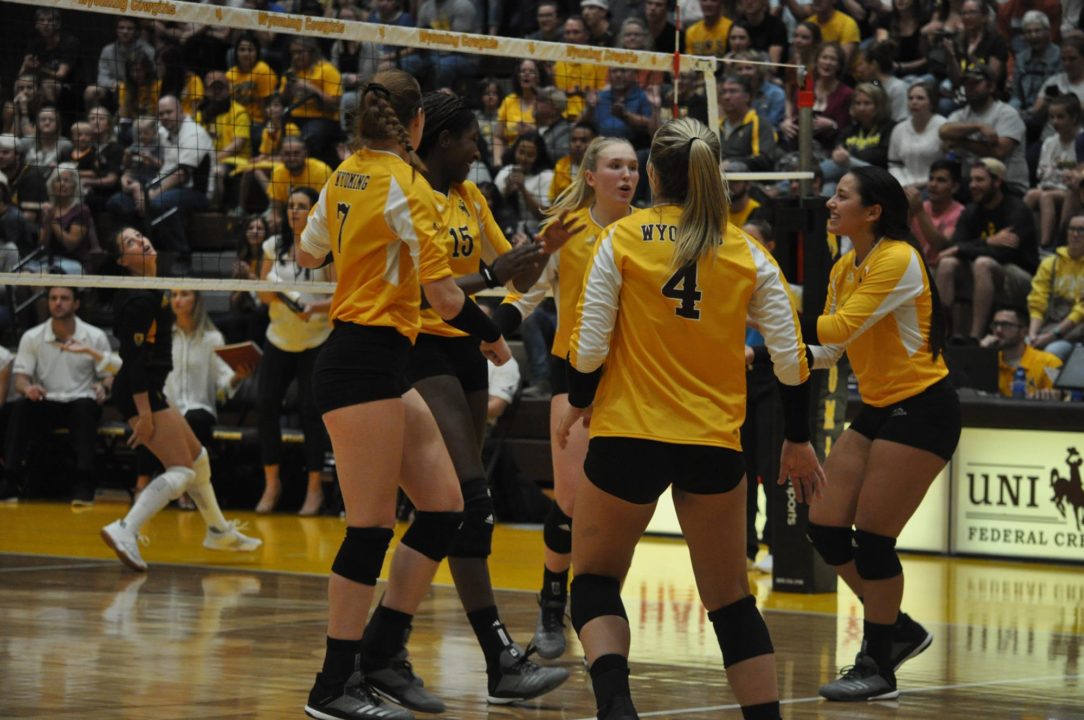 Fueled by a massive crowd in the UniWyo the Cowgirls win the Border War in four sets! #OneWyoming #GoWyo pic.twitter.com/8ASLDWKG20

Set 1 featured six ties last at 17 before Wyoming pulled away to take the stanza. Four Colorado State miscues down the stretch aided the final 8-2 push.

The Rams broke away midway through Set 2, snapping a 12-all tie with a 6-2 run, including two kills each by Runnels and Hougaard-Jensen. Wyoming called timeout, but could not slow CSU, which knotted the match with seven of the final 11 points. Hillyer scored the last two points on kills.

Wyoming ran away with Set 3, racing out to a 7-3 lead en route to a 17-7 advantage. Five Ram errors and three blocks aided the Cowgirls. CSU pulled within seven at 18-11, but Wyoming ended the set with three straight points, capped by a Madi Fields ace.

After kicking off Set 4 on a 5-0 run, Wyoming got three kills apiece from Lewis and Waitsman to jump ahead 13-7. Colorado State countered with six of the next eight points to narrow the gap to two at 15-13, including two Hougaard-Jensen kills and a Sasha Colombo ace. Wyoming called timeout and wrapped up the match on a 10-5 run. Two CSU hitting errors and a block by McBride and Waitsman sewed up the win.