Pool A: Favorites Sweep Up at FIVB Worlds Wednesday 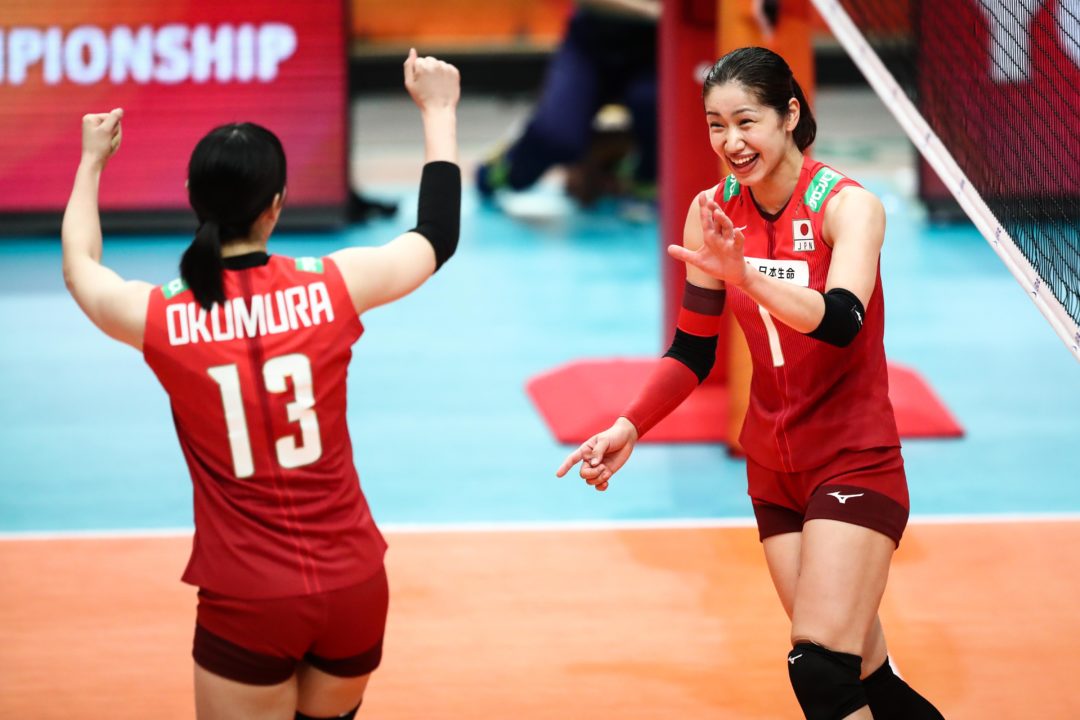 It was a day full of strong performances for match-favored teams, as 8th-ranked Netherlands, 13th-ranked Germany and 6th-ranked Japan recorded wins in straight sets inside Yokohama Arena on Wednesday night. Current Photo via FIVB

It was a day full of strong performances for match-favored teams, as 8th-ranked Netherlands, 13th-ranked Germany and 6th-ranked Japan recorded wins in straight sets inside Yokohama Arena on Wednesday night.

8th-ranked Netherlands downed 11th-ranked Argentina in straight sets to move to 4-0 in Pool A action of the 2018 FIVB World Championship Wednesday. The Netherlands outdid its opponent in spikes (51 to 31), digs (27 to 15) and service aces (6 to 5) to register its 5th Worlds win in a row dating back to 2014.

“Argentina’s a good volleyball team,” Netherlands head coach Jamie Morrison said. “The last time we played them in the Nations League we came out and didn’t play a good first set and lost that set. We set a goal of coming out and playing differently, and I’m proud of my team for the way they played. We need to be more consistent going through this tournament, but we’re continuing to improve and we’re looking forward to playing Mexico tomorrow.”

After faltering opening day, 13th-ranked Germany collected its 3rd consecutive win with a 3-0 result against 26th-ranked Mexico. The Dutch outperformed their opponent at the service line (6 to 1), at the net (4 to 3) and spikes (48 to 37) to secure the victory.

“We were expecting exactly this game,” Germany team captain Maren Fromm said. “We knew Mexico had three good wing spikers and our goal was to stop them, and in the end, I think we succeeded in doing that.”

Mexico has fallen to Germany 5 times in the last 7 meetings in World Championship play.

Louisa Lippmann was dominant in the match for the Dutch, tallying 16 points and 2 service aces. Jennifer Geerties also contributed 12 points.

Mexico was led by team captain Andrea Rangel, who posted 18 points, including 15 kills and 2 blocks.

In front of a raucous crowd of 9,850 fans, 6th-ranked Japan swept past 18th-ranked Cameroon Wednesday night in Yokohama Arena.

The Japanese used a strong blocking front (11 to 4) and dominant service game (7 to 0) to secure the one-sided victory. Errors were a problem for Cameroon, who committed 14 in the match, including 9 in the first set alone.

“We were focused on getting three points, but Cameroon were a very good team, better than expected,” Japan head coach Kumi Nakada said. “They had better attacking capabilities than I thought, and neat combination between block and defense, and there are many things we need to correct, like our transitions. Even so, we were able to win in three sets, which was good.”

Miyu Nagaoka registered 20 points for the Japanese, 16 of which were the spike variety. Ai Kurogo also notched 16 points, which included 2 blocks and 1 service ace.