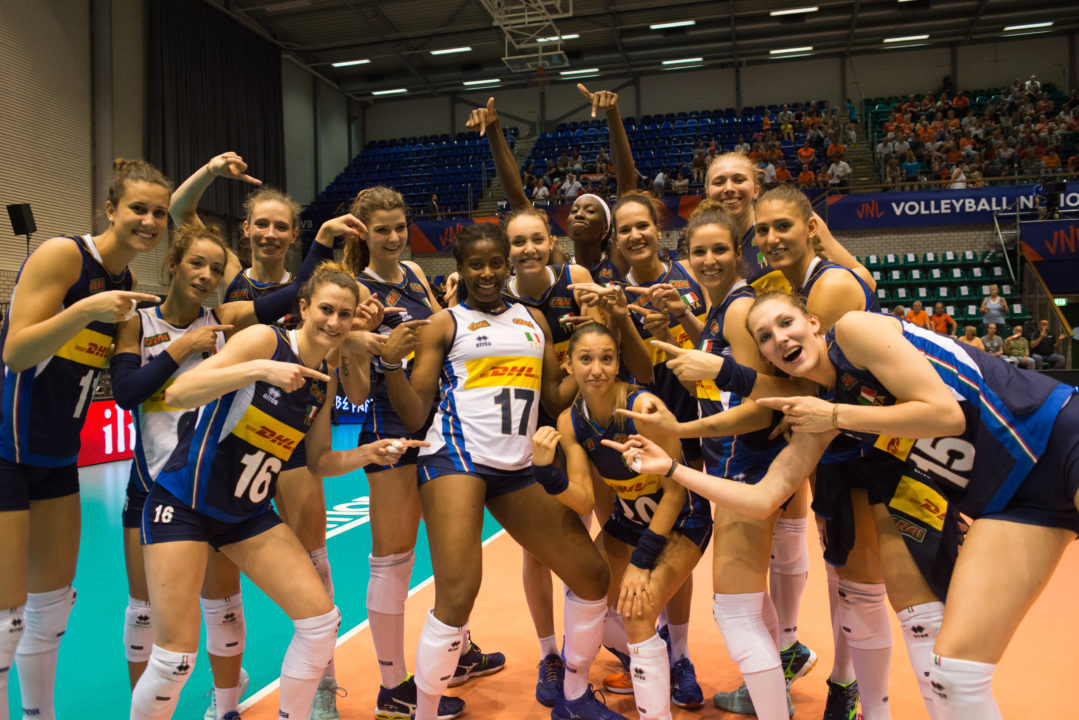 Brazil is locked as “in” for the Final 6 with their 10 wins. Belgium and Thailand are formally eliminated from the next stage of the tournament, Belgium is safe from the relegation playoff, and Thailand is all-but-safe.

That leaves Italy, who will be in a furious bustle to sweep their 3 matches and earn full points. If they do so, then if one among Serbia, Turkey, or the Netherlands fail to win any matches this week, Italy advances to the Final 6.

In other words: one team is significantly more motivated this week than the other three, and that’s even without having mentioned that the Italians are playing in front of a home crowd, near to the region where team captain Cristina Chirichella grew up.

As mentioned above, there’s one team that will be full-bore for this week’s tournament. The rest of the teams will be playing for pride, positioning, preparation, and playing time.

There’s two teams in this pool that are among the best 5 in the world. Italy, who has proven that by running off 5-straight victories, and Brazil, who have won 10 of 11 losing only to the U.S. last week, will square off in the finale on Thursday. Brazil will be hampered by an injury to outside hitter Drussyla Costa, who is the team’s 5th-best scorer in the tournament so far with 91 points. Italy matches that absence, though, with one from starting outside hitter Miriam Sylla, their 2nd-leading scorer.

What’s left should be a spectacle, possibly with big implications for Italy, that features two of the world’s best scorers: Tandara Caixeta and Paola Egonu. Assuming both teams are still using their best lineups by then, this will be the match-of-the-week.