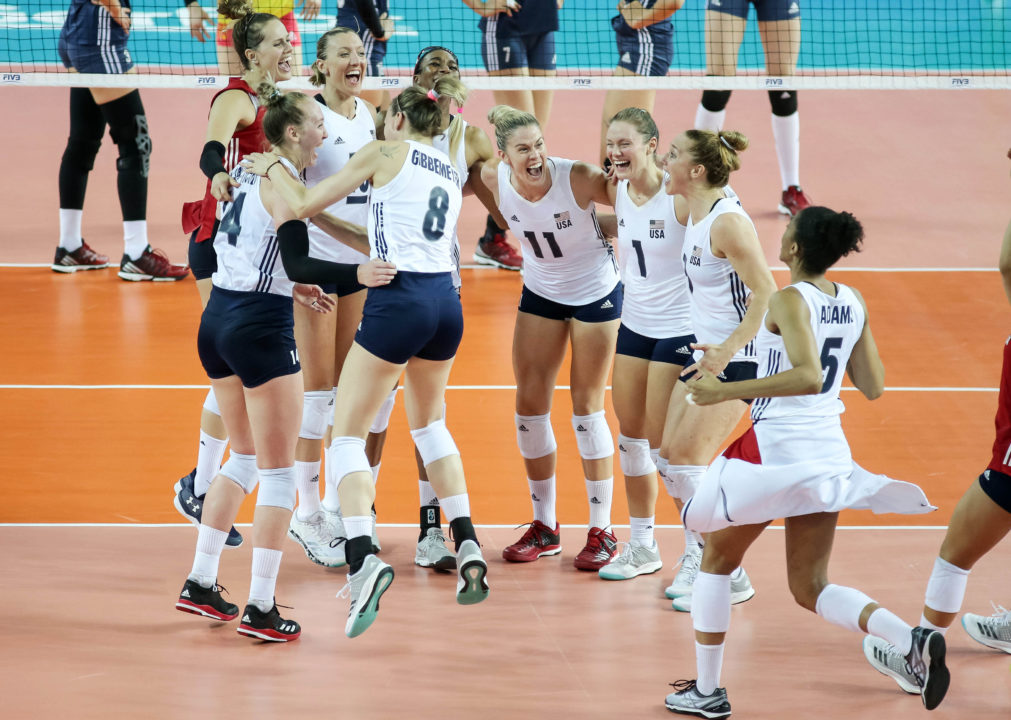 After circling the globe, the United States have made it back to the Western hemisphere, wrapping up the preliminary rounds of the Volleyball Nations League against No. 3 Serbia, which is holding out several starters, South Korea and host Argentina.  Current Photo via FIVB

The United States has already cemented its spot in the Final Six and lead second place Brazil by six points.

With one win in less than five sets, Serbia will lock up its spot as well. Just one win in five sets would mean that the team must rely on an Italian loss to break through.

South Korea and Argentina have already been eliminated from Final Six contention and currently stand in 12th and 16th respectively.

After circling the globe, the United States have made it back to the Western hemisphere, wrapping up the preliminary rounds of the Volleyball Nations League against No. 3 Serbia, South Korea and Argentina. The Americans have already punched their ticket to China for the Final Six and stand in the top stop entering Week 5, but have opted to keep the same roster, giving them a leg up on all of the competition.

Serbia would offer a strong challenge, but the team has opted to gut its lineup in protest of the rigorous travel schedule of the tournament, which has taken the team to Brazil and China, home to Serbia and then on to the Netherlands before completing its trip around the globe in Argentina.

The intrigue of the decision is that Serbia has a strong hold among the Top 6 entering the week, but it not a lock as Italy is still in the running and could catch them with three wins and a dismal Serbian showing.

The United States is merely trying to keep its momentum going heading into the finals, bringing a 10-match win streak to Argentina.

Argentina is on the other end of the spectrum, trying to gain its first victory and escape possible relegation, still sitting on zero points.

South Korea registered two victories on Week 1, including one over No. 1 China, but has managed just three since, although one was a surprise sweep of Russia.