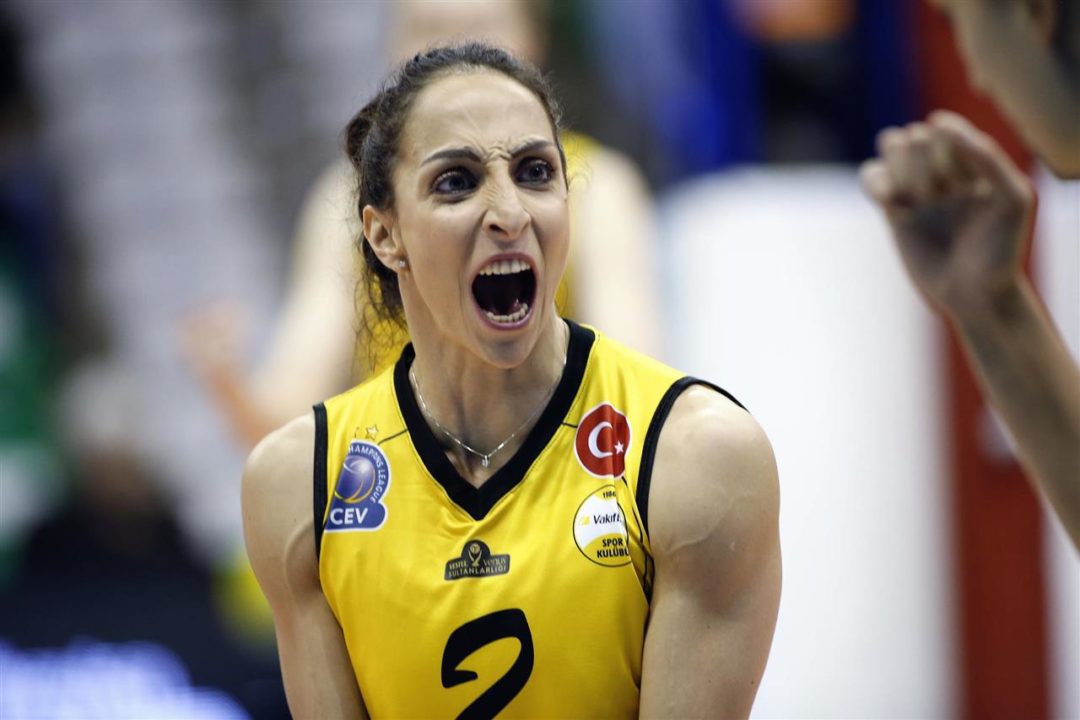 After 19 years with VakifBank Istanbul, Gozde Kirdar will retire at the end of this weekend's Champions League. Archive Photo via CEV

The world’s reigning best women’s volleyball club, having taken the title at both the 2017 European Champions League and 2017 Women’s Club World Championship, will be playing for more than a 2nd-straight title of Europe this weekend in Bucharest. They will be playing to cement the legacy of their captain Gozde Kirdar Sonsirma, who will be playing the last matches of her career this weekend.

Having announced her retirement from the Turkish National Team in October, Kirdar confirmed in a press conference this weekend that Bucharest would be the site of her final games as a professional volleyball player. That’s after Turkey named her to their preliminary National Team roster for this summer’s Volleyball Nation’s League and World Championships.

“I am going to play the last matches of my career in Bucharest,” she said. “This tournament means a lot for me and we will be fighting to defend out title. We have nothing in our minds other than winning this competition. Finishing my career with Europe’s most prestigious cup would be an amazing way to bid farewell to competitive sport.

Kirdar is a legend at VakifBank Istanbul. A rarity in an increasingly-open transfer market, she has played virtually all of her elite volleyball life for the same club, beginning in 1999 when she was just 14 years old. Now, at 32, she will retire from there as well. So immense is the respect for Kirdar that she wears the number 2 – in spite of that being the national team number for teammate Zhu Ting, who is the best player in the world right now.

She has also spent time on the Turksih National Team, but her biggest exploits have come with her club team. In the 2010-2011 season, she was named the Best Receiver of the Champions League. The 2012-2013 season was the pinnacle of her career: she was named the MVP, Best Spiker, and Best Receiver of the Turkish Women’s Championship Final Series; and the Best Outside Hitter of the FIVB Club World Championships.

She played with her twin sister Ozge on the 2012 Olympic Team for Turkey.

The 32-year old, 6-foot tall (1.83m) outside hitter is the oldest member of her team by 5 years, being the only player on the team to have been born before 1990. She predates the team’s youngest player, 18-year old domestic product Zehra Gunes, by 14 years. In other words, Gunes was born the same year where Kirdar made her VakifBank Istanbul debut.

Kirdar was ranked as the 25th-best outside hitter in the Turkish Venus Sultan Ligi this year, taking a reserve roll behind Zhu Ting and Kelsey Robinson.