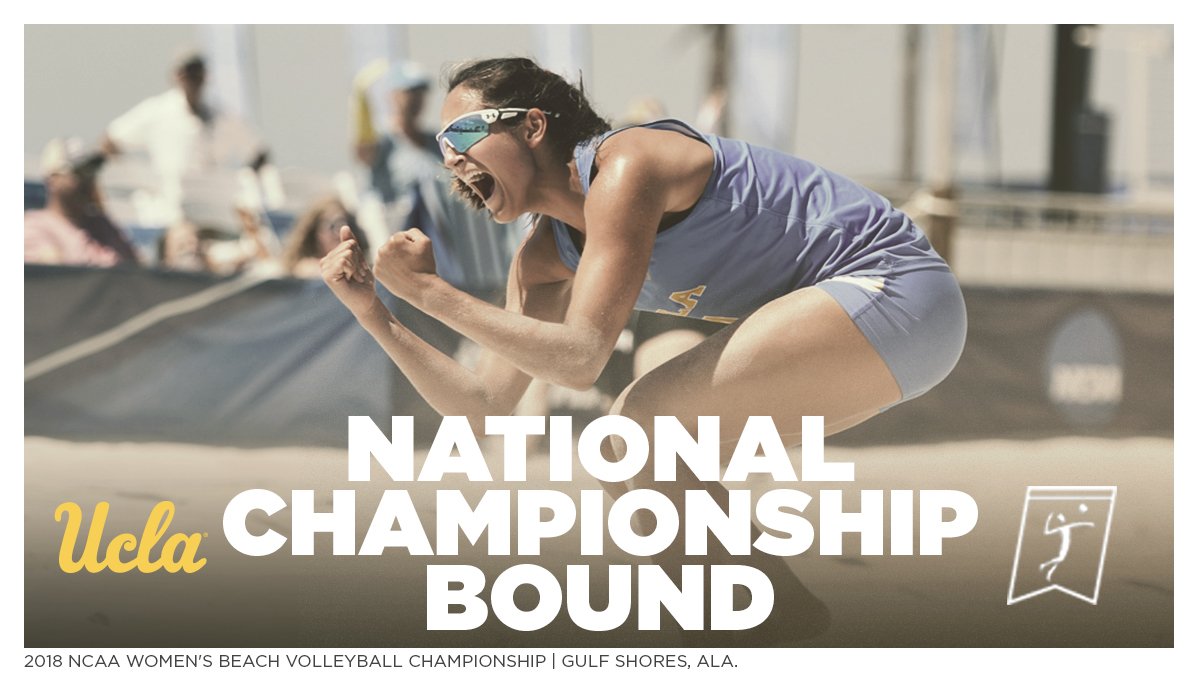 NCAA BEACH CHAMPIONSHIPS Gulf Shores, Alabama May 4-6, 2018 Tournament Central The #1-seeded UCLA Bruins had to do it the... Current Photo via UCLA Athletics

The #1-seeded UCLA Bruins had to do it the hard way, but they’ve fought back to earn a shot at the championship in a winner-take-all affair against undefeated #4 seed Florida State.

Hawaii came up with the first point of the dual when #4 pair Amy Ozeel/Ari Homayun won their match in straight sets. UCLA answered with a win at the #5 line where Izzy Carey/Megan Muret beat Hawaii’s #5s in straight sets, 21-14, 21-12.

But then the focus shifted to the top lines, where we knew the mega-matchups were coming, and where Hawaii’s strengths have been all year long. UCLA’s indominable McNamara twins, who have now won all 8 sets they’ve played in at this year’s championship

Hawaii would not yet go away: Carly Kan and Laurel Weaver, who have been Hawaii’s best team this season with a 37-4 record including a perfect 4-0 record this weekend, won a 3-setter to tie the match at 2 wins each.

The point that clinched the match:

The UCLA Bruins advance to their first ever Championship Dual after an epic tangle in the sand with Hawaii!#NCAABeachVB pic.twitter.com/WdPeFWsFdv

UCLA has won the 2 previous meetings this year, with a 3-2 victory on March 11th and a 4-1 win on March 30th, but Florida State has been a different team thiis week, so the match is to be considered sufficiently ‘wide open.’ Especially given that Florida State has had Sunday to rest in the air conditioning while UCLA was out playing in the sun just an hour before the championship match.