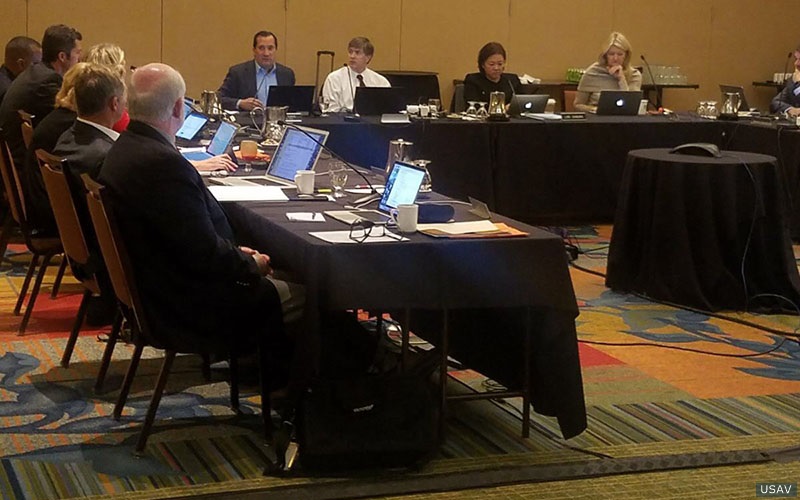 The USA Volleyball Board of Directors met in Colorado Springs last week and discussed everything from the newly created FIVB... Current Photo via USA Volleyball

The USA Volleyball Board of Directors met in Colorado Springs last week and discussed everything from the newly created FIVB Volleyball Nations League to contract negotiations for the Collegeiate Beach Volleyball Championships to grassroots efforts geared at the Olympic and Paralympic programs.

Key takaways from the Oct. 14-15 meetings included the announcmenet that the U.S. Women’s National team is slated to host a pool of the Nations League from May 15-17 and the U.S. Men will follow suit from June 15-17. The FIVB has previously said it will announce the full schedule and opponents later this month. For its part, USA Volleyball will announce host cities for the U.S. hosted portions later this fall.

The organization also announced that it has extended its agreement to act as the host for the Collegiate Beach Championships through 2020. Included with the new contract is an increased broadcasting presence by NBC Sports Network. The dates for the 2018 event in Hermosa Beach were announced as May 9-12.

In addition, the “Path to the Podium” initiative was introduce. The plan includes everything from grassroots efforts for the Olympic and Paralympic programs, to increased publicity for regional high performance programs and the introduction of the new domestic professional league. Further details on the initiative were not released.

The Board will begin reoganization efforts at its January meeting, including the composition and selection of the board, a succession plan and more.

“As I countdown my service to USA Volleyball, I am proud of the Board’s work over the past few years to establish a new business model which has given us a viable road map to break new ground and achieve success,” Board chair Lori Okimura said. “We have changed the direction of our business endeavors in a strong collaboration with Jamie and his staff to support the Regional Volleyball Associations, sustain our competitive excellence for national teams, and develop beach, indoor and sitting volleyball in all areas.”

The Board meeting was the first for new members Kawika Shoji, the male indoor player rep, and Dane Selznick, the beach development representative.