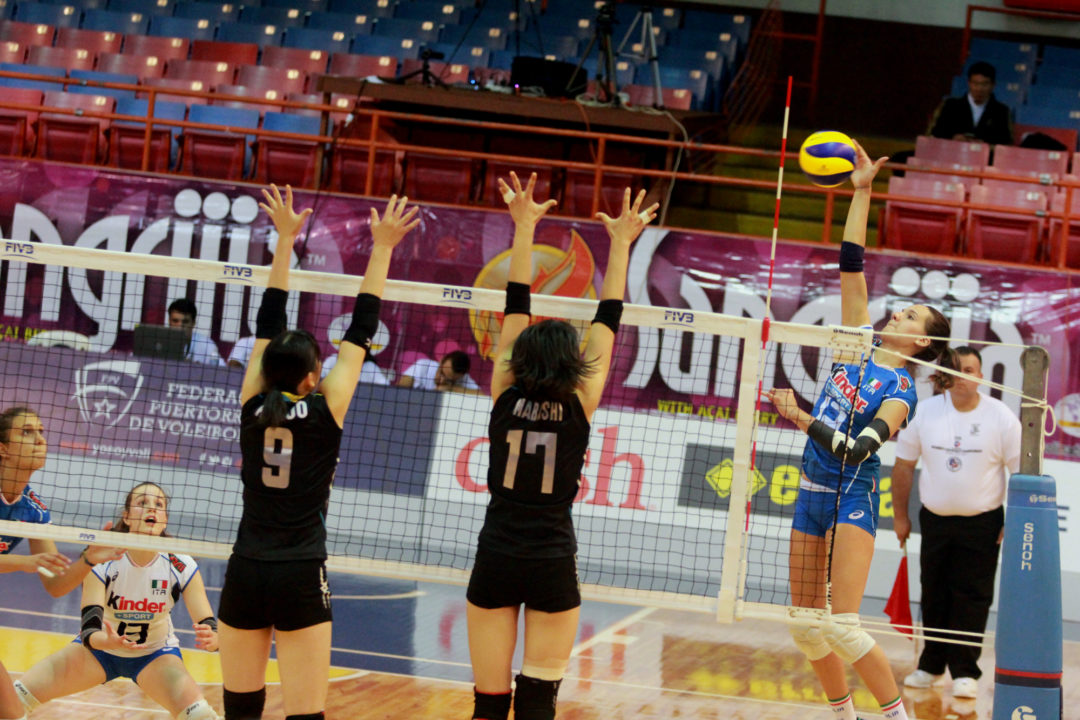 Italian national teamer Anastasia Guerra, only 21 years old, has announced in her official Instagram page that she is transferring from Pomi Casalmaggiore to China to play with Shanghai Volleyball Club:

“For a while my new language will be mandarin 🍊! Now I can finally share it with you all, next season I will wear with great pleasure the colors of Shanghai Volleyball Club! 🇨🇳 A new thrilling adventure to experience, after completing this great blue summer, I am so excited! 🙏🏼.”

Guerra is one of many young Italian promises showcasing their skills in this year’s VNL. Italy’s roster is one of the youngest in the competition, with players averaging only 22 years of age. Although the team failed to qualify for the Final 6, the play of young standouts such as Guerra herself, Paola Egonu, Anna Dannesi, Ofelia Malinov, and Elena Pietrini can only be a warning to the world of things to come.

It is uncommon for Italian players to go abroad to develop, due to the strength of its league, which is one of the best in the world. Instead, most players prefer to develop in A2, Italy’s second division, which is the case of Pietrini, for example, who led Italy to the 2017 FIVB Girls’ U18 WCH title. Given that Guerra struggled mightily from the field in her season with Pomi, her third professional campaign, hitting at only 28.7% efficiency, it’s safe to say that Italy’s volleyball brass must not be happy with her move, and would rather have her develop a little further under their watchful eyes.