Elena Pietrini Is The Future Of Italian Volleyball 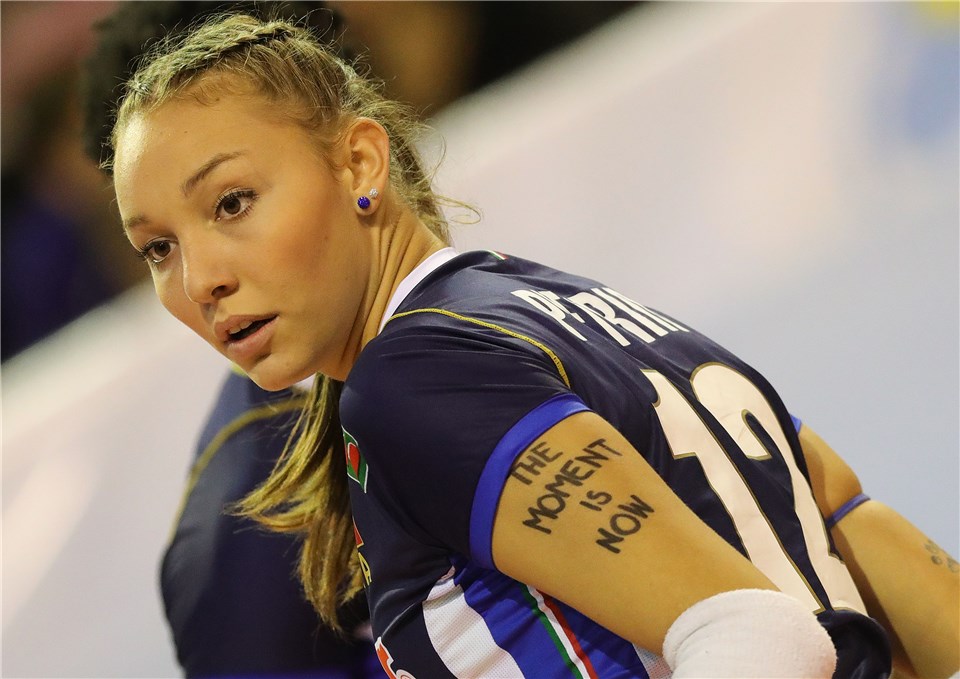 Italy’s Women’s NT head coach Davide Mazzanti is not afraid of putting his young guns to play. Aiming at a renewal of the Italian squad, he called up one of VNL’s youngest rosters for the completion, with an average age of 22 years old. In all, the team has in it 6 players 20 years old or younger. Of these rookies, none have a bigger spotlight aimed at them than 18 year old Elena Pietrini. Called up for the senior team for the first time in her career, she is getting considerable playing time in the tournament (Gazzetta.it):

“Now that I have finished my studies I am dedicating myself fully to volleyball. I’m very excited about this adventure. I am aware that the stakes are rising. My more experienced teammates are helping me to enter this other world. This is a reality that is pushing me even harder. I work towards a simple goal: I dream of playing in the Olympics.”

We have followed Pietrini’s career up close so far here at VolleyMob. In 2017, we reported how she completely dominated the field in the FIVB Girls’ U18 World Championship. In leading Italy to a gold medal, she was the tournament’s most efficient spiker, its fifth highest scorer, fifth best server, and fifth best receiver as she also grabbed MVP honors.

Her transition to the adult game has been anything but smooth though, as in five VNL appearances she has only converted 18 of 59 spike attempts (30%). This is to expected, as Pietrini still has not yet logged a single game in Italy’s A1 league. It is safe to say she’ll have a lot of time to develop. Meanwhile, her not so older former youth club teamates Paola Egonu, Ofelia Malinov, and Alessia Orro are already the real deal in Italy’s top tier competition.