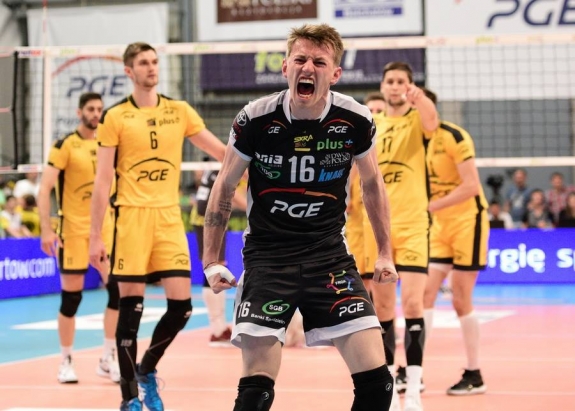 Although only 22 years of age, Piechocki already has under his belt 4 PlusLiga seasons and 4 Champions League campaigns Current Photo via https://www.skra.pl

Current PlusLiga champions Skra Belchatow has announced in its official website that it has reached an agreement to a contract extension with Kacper Piechocki for the next two seasons. Although only 22 years of age, Piechocki already has under his belt 4 PlusLiga seasons and 4 Champions League campaigns. Here is how the player reacted to the news:

“I am very happy that I will have the chance to continue playing for the team I support since I was a child. I grew up on Skra‘s games, I greeted players returning to Bełchatów with championship titles years ago, and a few weeks ago I myself returned like that. I want to continue my success with Skra and I can not wait for the next season.”

There is no doubt Piechocki is one of the most promising young liberos of Polish volleyball. He is currently backing up World Champion Pawel Zatorksi in Poland’s national team roster in this year’s inaugural VNL on his first call up for the national team. He debuted  in a friendly match against Canada in Katowice’s Spodek arena:

“I could not dream of a better place for a debut. I’m glad that I got my chance and I’m doing everything in my power to deserve further chances in the white and red Polish jersey.”

Top 12 teams! We did it! Good team work! #championsleague