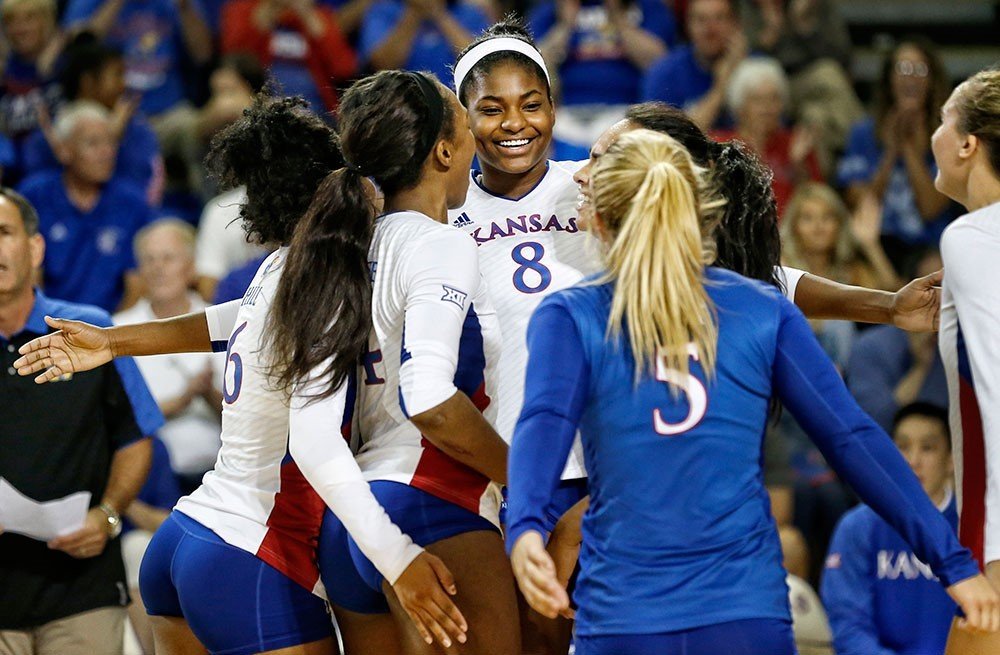 Defending Big 12 Player of the Year Kelsie Payne (#8 above) is one of 30 named to the watch list for the annual award. Archive Photo via Kansas Athletics

30 Women’s NCAA Division I volleyball players have been announced as candidates for the 2017 Senior CLASS Award.

The award, available only to seniors, are for players who excel “both on and off the court.”

4 teams have multiple nominees: the #2 team in the nation Penn State, Washington, and mid-major powers Wichita State and Western Kentucky each have multiple players named to the list.

Among the biggest names on the list are 2016 VolleyMob First Team All-American Ebony Nwanebu of Texas, September 12th National Player of the Week Lily Johnson from Missouri State, and defending Pac-12 Player of the Year Kelsie Payne.