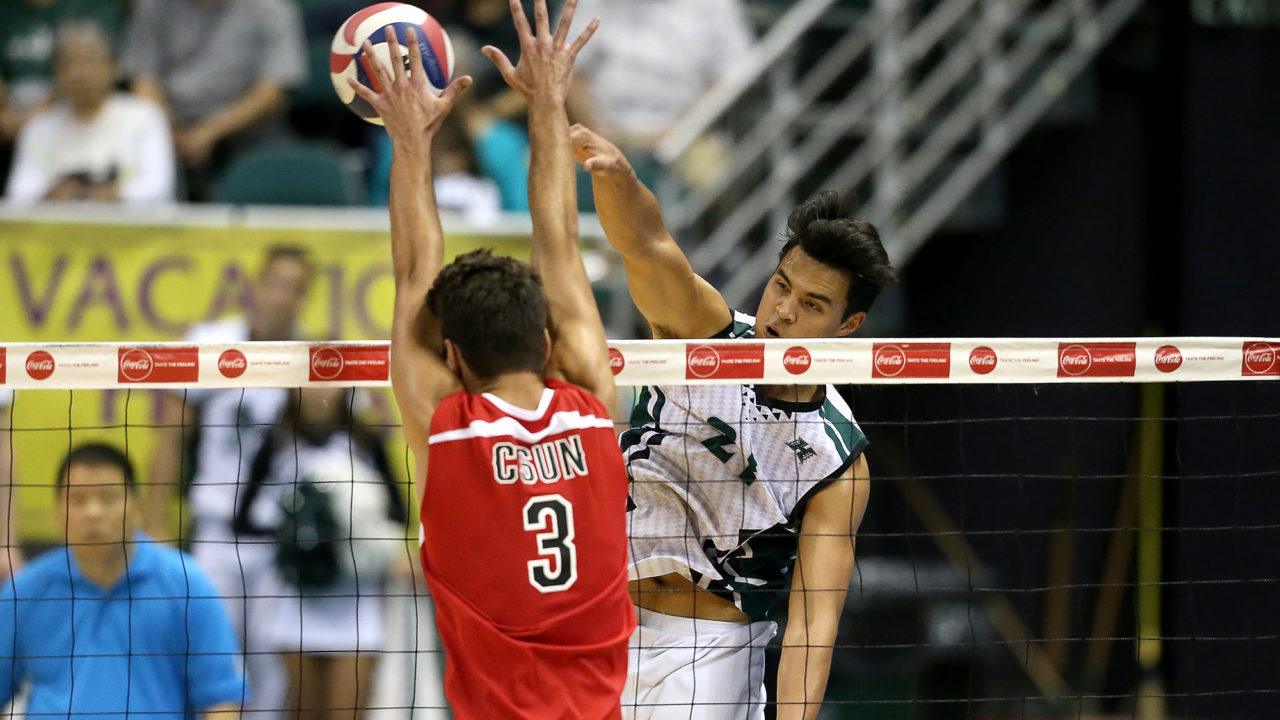 Kupono Fey had 10 kills for Hawaii as they rebounded at home on Friday. Archive Photo via Hawaii Athletics

The 4th-ranked Hawaii men’s volleyball team recovered from back-to-back sweeps against BYU last week to knock off #14 CSU-Northridge on Friday in Honolulu. The win, combined with other results this week, clinched Hawaii as the 3rd of 4 hosts of the quarterfinals in the MPSF conference tournament (along with BYU, Long Beach State, and UC Irvine).

That’s big for the Warriors, as the win also marked a program record 20th-straight home victory for them. Hawaii has a unique home court advantage in the MPSF, as their time is 3 hours behind California, where most of the rest of the conference lives, and 4 hours behind Utah time, home of BYU. This means that an evening game in Hawaii that starts at 7:00 and runs until 9:30 or so local time starts at 10 or 11 and runs until well past midnight by the body clocks of their opponents.

Hawaii hit .421 as a team in the game, and held CSUN to just .282 hitting. While .282 is a relatively efficient day for a losing team, by CSUN’s standards it’s a low output. Early in the year, Northridge waws unstoppable offensively. As lof late, though, they’ve struggled, hitting over .200 in just half of their last 6 games and over .300 just once. They’re currently on a 7 game losing streak that took them from MPSF contenders to opening round visitors.

CSUN was led by 17 kills from Arvis Greene, who did his part by hitting .344 on 32 swings. Eric Chance added in 8 on an errorless 10 attacks.