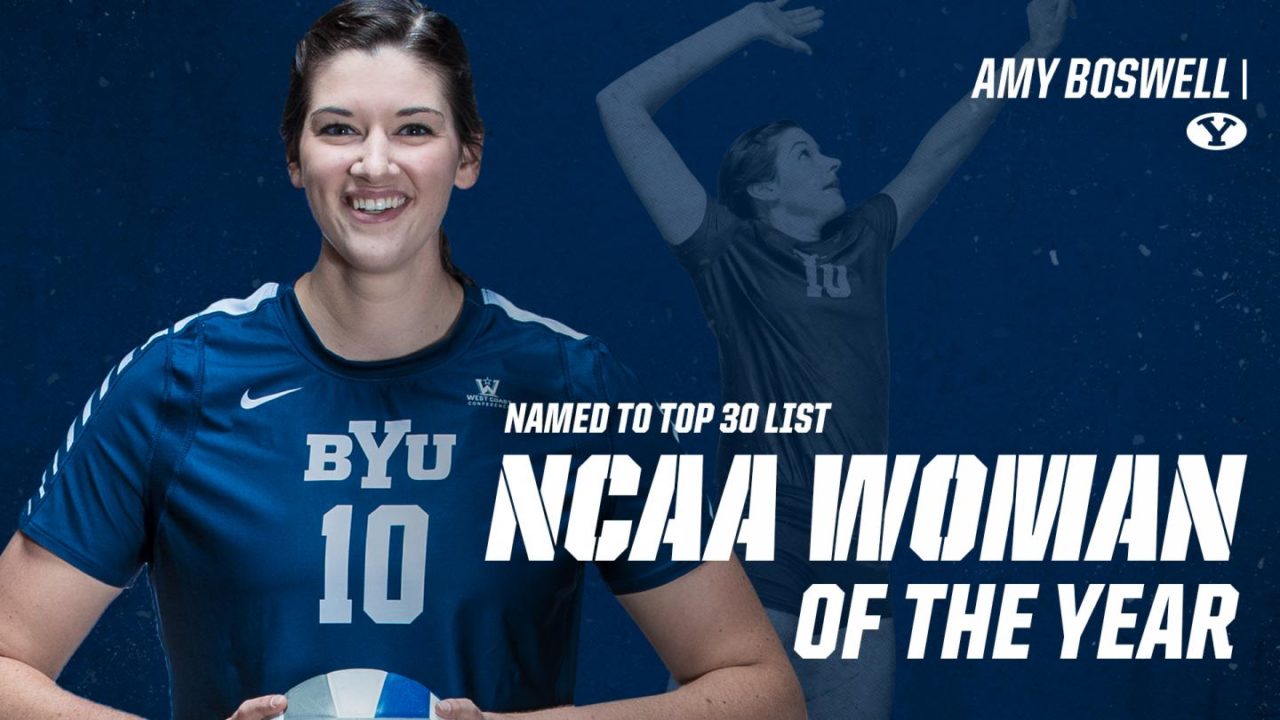 BYU's Amy Boswell Usevitch was one of 6 volleyball players named to the 2018 NCAA Woman of the Year top 30. Archive Photo via BYU Athletics

The field for the 2018 NCAA Woman of the Year award has been whittled down to just 30: 10 from each of the NCAA’s 3 divisions. 6 volleyball players remain in the running, which is 2nd behind only track & field for the most representatives.

From a record 581 initial nominees, the field was first narrowed to 154, including 21 volleyball players, and now to 30; the next step will be to choose 9 finalists (3 from each Division) in  early October. The top 30 will be honored at an awards banquet in October 28th in Indianapolis, which includes a weekend of service for those nominees in attendance, where the winner will be announced.

The award honors women who have excelled in academics, athletics, service, and leadership in college. To be eligible for the award, an athlete must have earned a varsity letter in an NCAA-sponsored sport and completed eligibility in that sport in the 2017-2018 season.

Brief Bios on the Volleyball Nominees: