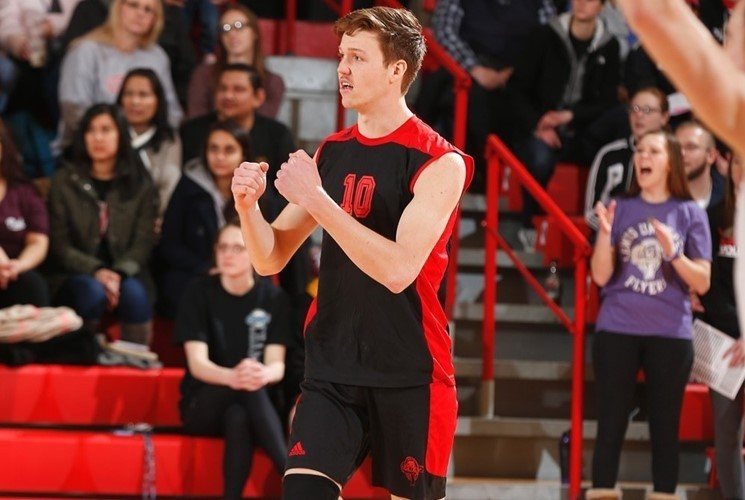 Lewis University defeated Penn State in a 5 game match on January 20, 2017 moving their record to 4-1 while Penn State goes to 3-3. Penn State totaled 56 kills during the match while Lewis had 54 but Lewis only totaled 18 errors with 123 attacks and hit .293.

Lewis redshirt freshman outside hitter Ryan Coenen (Franklin, Wis./Franklin) and redshirt sophomore opposite Mitch Perinar (Channahon, Ill./Minooka) combined for 32 of those kills and a hitting percentage of .382 (32-6-68) in the victory.

With the win, Lewis improves to 4-1 on the campaign, while the host Nittany Lions drop to 3-3.

Lewis returns to action on Saturday (Jan. 21), as the Flyers head to Loretta, Penn., for a 7 PM ET meeting with St. Francis (PA).