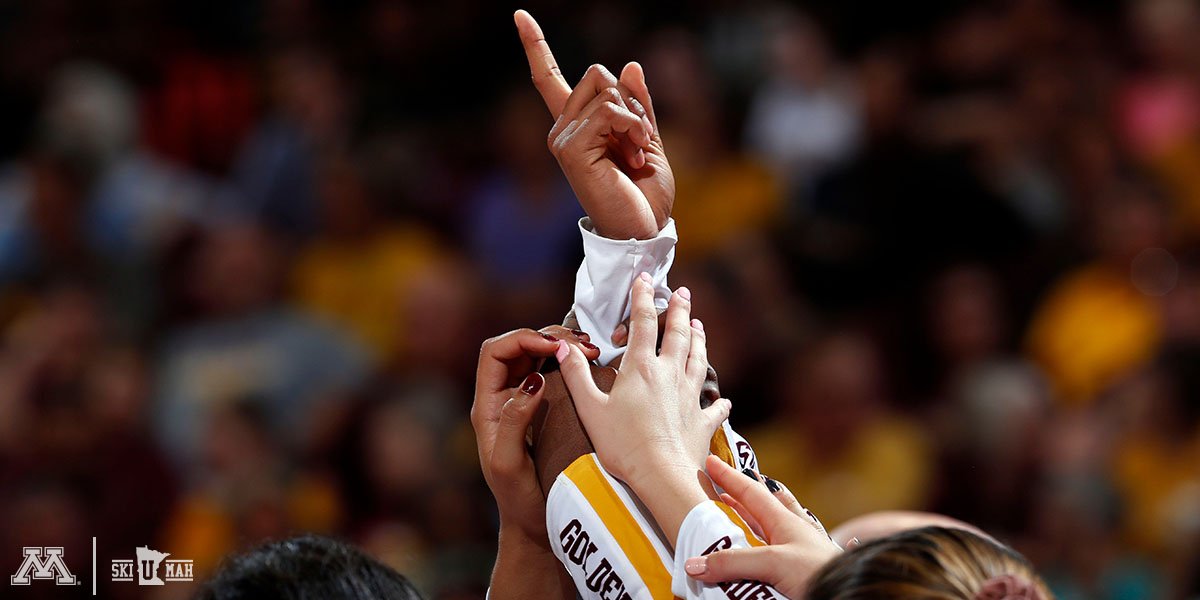 With help from losses by last week's top two teams and an undefeated weekend at home at the Diet Coke Classic, the Minnesota Golden Gophers are the new No. 1 team in the AVCA Coaches Poll. Current Photo via Minnesota Athletics

With help from losses by last week’s top two teams and an undefeated weekend at home at the Diet Coke Classic, the Minnesota Golden Gophers are the new AVCA No. 1 team. The Gophers were No. 3 in the Week 2 poll and now stand at 5-0, although they have yet to face another ranked team.

Also climbing the rankings and earning a spot in the Top 5 were Wisconsin, BYU and Penn State. The Badgers knocked off then-No. 2 Texas at their home HotelRed Invitational to jump from No. 8 to No. 2. The Cougars jumped from No. 9 to No. 3 after handing then No. 1 Stanford their first loss of the season on Friday and topping Wichita State on Saturday. The Nittany Lions also took advantage of the shakeup, moving up from No. 6 to No. 5 with two home victories.

Stanford remained in the Top 5 at No. 4 after salvaging the weekend with wins over Wichita State and West Virginia.

New to the poll on Week 3 are Washington State and Marquette. The 4-0 Cougars check in at No. 23 after a picking up two four-set road wins at then No. 17 Northern Iowa. The Golden Eagles are 5-1 after three sweeps over Kansas State, Western Kentucky and Saint Louis.

Four teams mentioned on only one ballot for a total of 11 combined points.