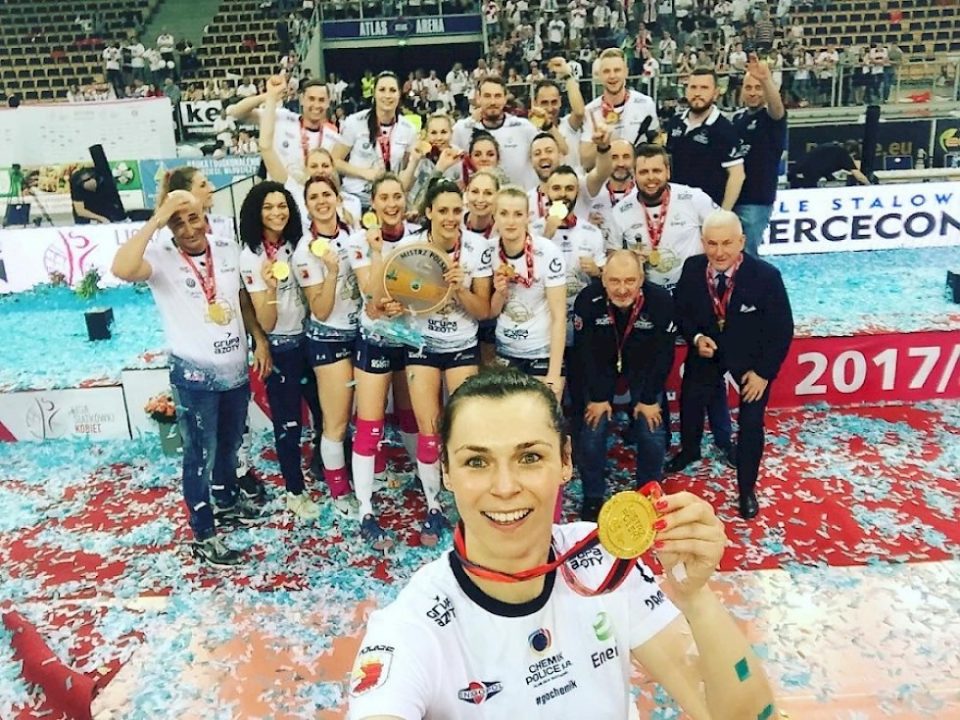 After going 24-2 in the regular season, Chemik Police crowned its fans with an incredible 5-1 run in the playoffs (Budowlani Lodz in the semis and LKS Lodz in the finals) to win its 5th straight Polish title, and 7th overall, in club history.

Police’s players recognized that Marcello Abbondanza‘s unexpected signing with the team mid-season made a huge difference for the squad in its championship goals. Here is what Malwina Smarzek, the Finals MVP, had to say of how her new coach helped the player set lofty goals for themselves throughout the season (Siatka.org):

“He squeezed us like a lemon. It has been extremely demanding, but I have learned a lot for such a short period of time. Even if we were leading by a 10-point margin, we felt a whip looming over ourselves so that we would not lose this gained advantage. Afterwards, there were still a million remarks about what else to improve. This season cost us a lot, but the coach arranged our team well. Abbondanza demanded a lot from us and we also started to have much greater demands for ourselves.”

After the match, newly-crowned champions and Polish volleyball legends Katarzyna Gajgał-Anioł and Izabela Bełcik, both 37 years old, announced their retirements.