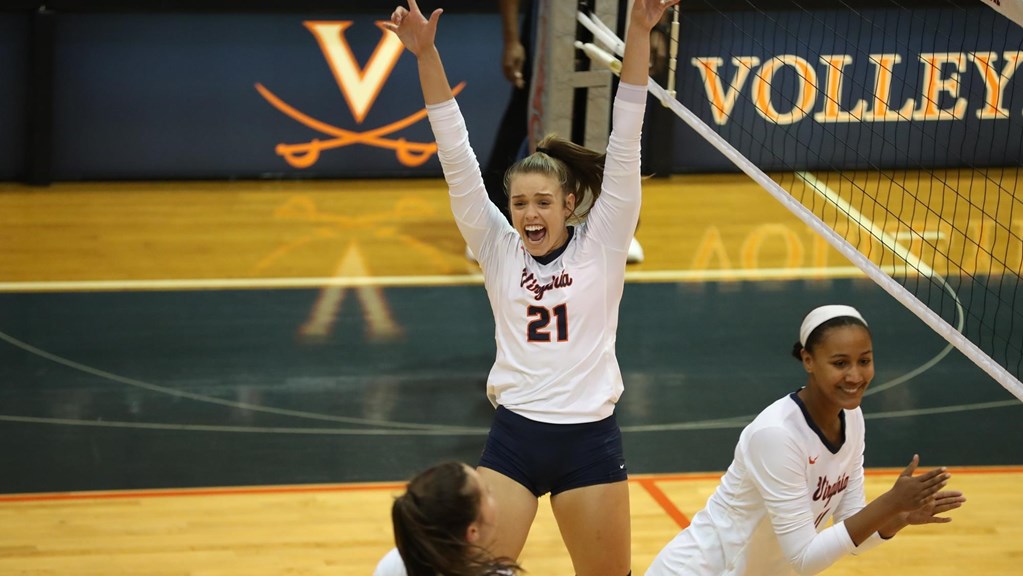 Pittsburgh kept its spot among the nation’s last two unbeatens at 16-0, while Louisville kept pace with the Panthers in the ACC at 5-0, winning its sixth straight match with a sweep of Duke.

Back by popular demand…

…our Greek goddess, @faki_zoi with the postgame moves!

Before we watch @CanesFootball, take a look at last night’s highlights of our win against UNC! pic.twitter.com/liCB1w5zMI

The Irish return to Purcell on Sunday for a 1 p.m. matchup vs. Duke. #GoIrish ☘️ | #ExcellenceIsEarned pic.twitter.com/5obFVVc298