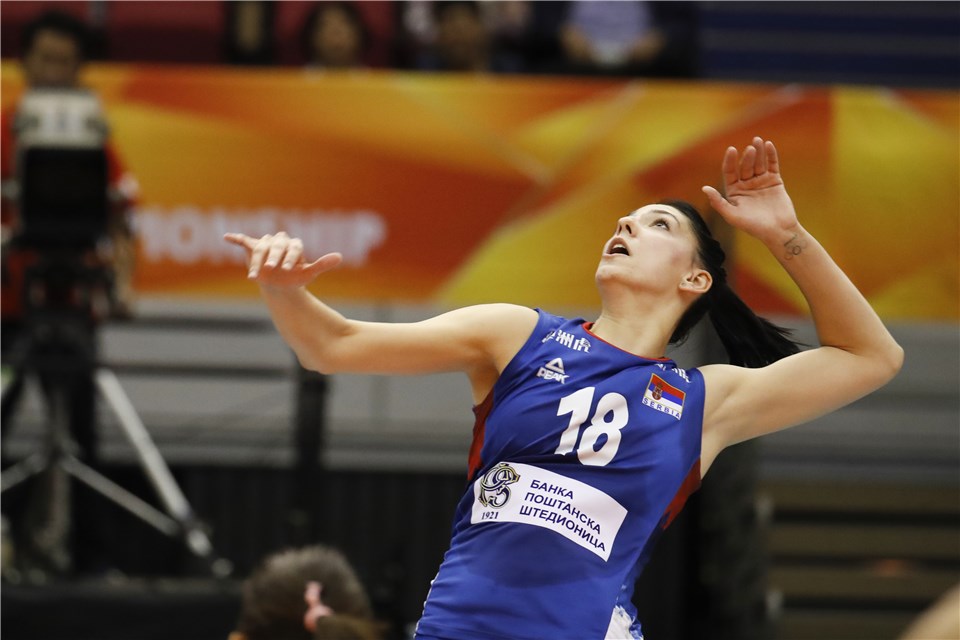 As was expected, we have the usual offensive juggernauts topping the scoring list. Goncharova headlines it after an amazing 36 points against Team USA and 30 points against Thailand. However, it would be best if the FIVB ranked its players in points/set, as it is a more true show of offensive output. Take Rahimova and Goncharova for example, while the latter played in 19 sets, the first only played in 17, which means that while Goncharova boasts a 6.26 points/set average, Rahimova averages 6.94 points/set, which is 10% higher. It is also worth noting that South Korea, already eliminated from the competition, has two players in the Top 10, same as Mexico, which although not eliminated, only won 1 game in Round 1.

Spiking efficiency is one of the best ways to measure a player’s offensive output, and round 1 results only shows us the best of the best. Miryam Sylla’s numbers are insane, akin to the male game, and it will be interesting to see how much she’ll be able to hold on to these numbers. The fact that Italy and Serbia (and to a less extent Azerbaijan) each have two players int his list shows what kind of championship they are having so far.

Why does the FIVB give us block stats in a blocks/set format, but refuses to do the same for points? It’s impossible to understand. Here we can clearly see who dominates the blocking game, with youngster Danesi and Koroleva dominating the rest of the competition. Both players are over 6’5″ in height. Irina Fetisova rounds up the Top 3, which clearly shows that Russia has a very stingy defense, which is helping it overachieve in the competition so far. On a side note, it’s very good to see Canadian youngster Emily Maglio on the list. She currently plays her NCAA ball at Hawaii.

Youngster Samantha Bricio is on fire! Because of her powerful service game, among other things, Mexico is still able to hold on to the WCH by a thread. The game is changing, strong service is an integral part of it, and these girls are doing their thing. I put an extra rating category that takes into consideration the % of the players’ services were aces, which shows that Pena and Jovana Stevanovic are actually better than what their ranking shows.

FIVB’s setting statistics have always been highly subjetive, not to say useless. Not to knock on Natalia Valentin or Niverka Frica, but how are their numbers 2x better than those of Serbia’s Maja Ognjenovic and 6x than that of Russia’s Evgenya Startseva, two of the best hitting teams in the tournament so far?

The Caribbean defensive school of volleyball is going strong, with Shara Venegas and Brenda Castillo, two of the best liberos in the world, showing strong effort and blowing away their competition. It’s way past time that both of them got their chances at Europe’s best leagues, although getting a contract at their position is hard, since foreign player quotas make teams choose to spend their precious court spots on offensive players instead.

The most underrated stat in the game. Here we can clearly see the reason why Russia, Germany, and Thailand are so far overachieving at the tournament. However, the game is ever evolving, and teams should take note: the Serbian squad is yet to lose a set in the competition and its first ranked player in the reception chart is Tijana Malevic, in 37th place.

Great to see Hawai’i player Emily Maglio on the list!! Six in blocking and hitting 50% is great for her first WC.