After Many Rumblings, Micah Christenson Announced in Modena 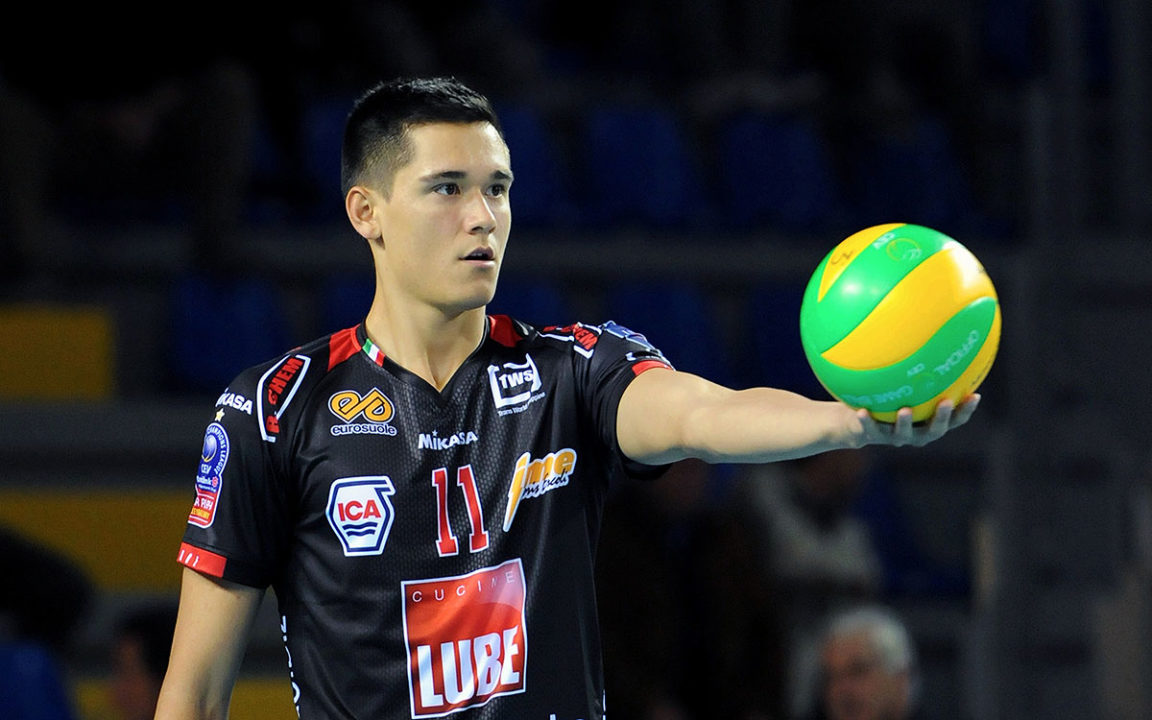 Micah Christenson will be moving from Lube Civitanova to Azimut Modena in the upcoming season. Christenson, the setter for the US National Team, will be replacing Bruno and trying to win Italy's first Italian SuperLega title since 2016. Archive Photo via lubevolley.it

Earlier this week the president of Modena, Catia Pedrini, wrote a letter to season ticket holders which announced the arrival of Micah Christenson.  This seemed to be common knowledge and was mentioned by the president of Lube Civitanova.  Though this is the first time his signing was unveiled by Modena.  This is essentially a straight swap at the setter position since Bruno has been announced as a new signing for Lube.

This will be Christenson’s second club since he signed with Lube Civitanova right out of college.  The former AVCA All-American from USC played for three seasons at Lube.  During that time he achieved great levels of success.  During his final season with the club he set the most efficient offense in the regular season and the playoffs of the Italian SuperLega.  He also achieved the following honors while at Lube:

Christenson’s arrival is an attempt to settle a tumultuous season for Modena.  The club fell short of expectations finishing 3rd in the regular season of the SuperLega and got knocked out of the playoffs in the semifinals.   The apparent feud between the team their coach, Radostin Stoychev, had been publicized in the news.  The tensions came to a head when players voiced their displeasure on the television show “Barba e Capelli.”  The well-documented turmoil led to the departure of Stoychev, Earvin N’gapeth to Zenit Kazan, and Bruno to Lube Civitanova.   With a new coach on the horizon, Max Holt decided to wear the blue and yellow again next year.  Christenson comes in with Italian superstar opposite Ivan Zaytsev and Argentian coach Julio Velasco to bring excitement to the fans.