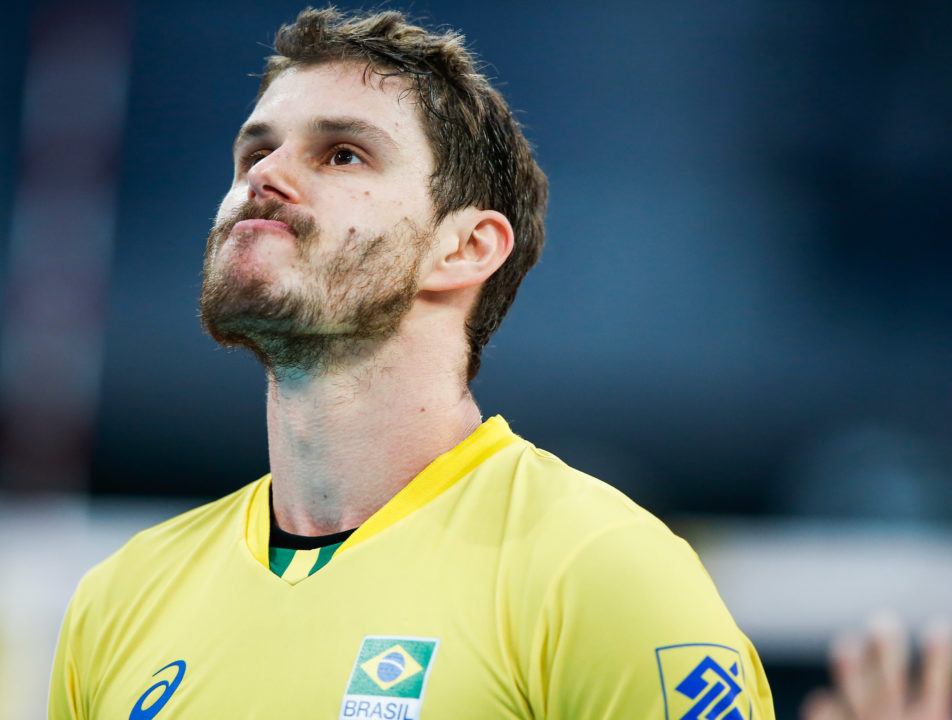 Another fresh transfer bomb from the Italian market. After a lengthy soap opera, former Modena player Bruninho Rezende has been announced to a two-year contract by Lube Civitanova in the team`s official website. The Olympic Champion setter is perhaps one of the most experienced setters in the world, and is coming to the team to take over Team USA`s Micah Christenson`s place.

Bruninho had been in Modena for the last 4 season, but chose to leave after a feud with Bulgarian coach Radostin Stoytchev. After the team fired the coach, Bruninho tried to back pedal out of his commitment to Lube, causing some embarrassments for all parties involved, but reason came out at the end, with the player penning a conciliating statement on his personal Instagram page:

“After a difficult season with so many problems, and disappointments at not to playing at the level desired, it`s time to close down this story and begin a new one. I have already explained in interviews and said that I have always done everything to stay in Modena as long as I could and as long as I was happy. I can not go against myself. A team choice was made at the beginning of the season, from which I tried to adapt myself to ALL the manners but I did not succeed. I never skipped a match or workout. But I am a man and I have limits to what I can handle from people who do not have the same values ​​as mine and the people I have next to me. I had to take another road. A road far from what has always been my first love. I was not the only one. I saw brothers suffering silently and going away.

Things have changed 360 degrees and my heart was asking to go back on the choice I had made. I tried, looked for a way and asked. I could not. I reflected and I think I have to take up my responsibilities: A new adventure, with a great team, looking for beautiful challenges. I have to look ahead and not omit myself because of problems. I’m like that. Every one is free to judge. I can not ask people to understand me. But whoever knows me knows the truth of the facts and our relationships and friendship go beyond everything. Thank you so much and you will always be in my heart. I love you ❤ It’s time to move on. God`s plan.”

It`s expected that Christenson will take up Bruninho`s place in Modena.