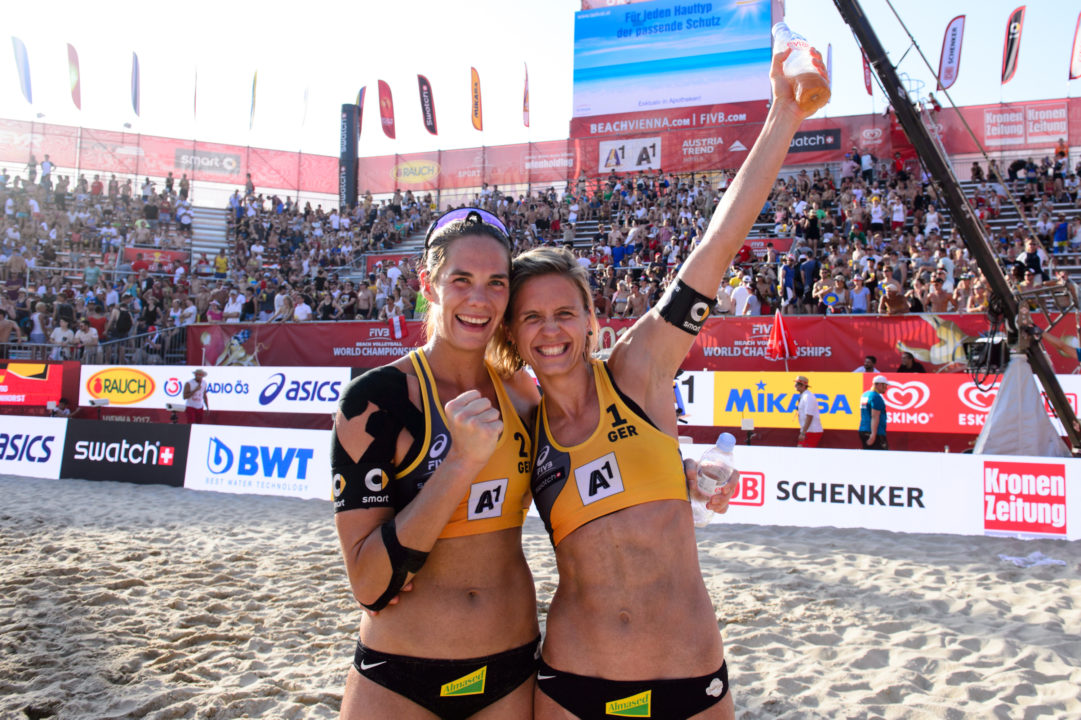 Laura Ludwig (left) and Kira Walkenhorst (right) have accomplished a lot together on the sand; in 2018, they both became mothers. Archive Photo via FIVB

The world’s most successful recent beach volleyball pairing are now both mothers. After Laura Ludwig gave birth in June, her on-court partner Kira Walkenhorst became a mother on Thursday as well, when Kira’s wife Maria gave birth to triplets.

Walkenhorst was in the operating room holding the hand of her wife during the procedure, and Walkenhorst says that everyone involve is doing fine.

As for the on-the-court training, Ludwig and Walkenhorst returned to training in the sand together last week, more than a year after their last competitive match. They’ve declared their goal to be a return to full strength in time for the 2019 World Championships, at their home in Hamburg, where they’ll be defending the title. The pair are also the defending Olympic champions.

The twosome participated in a ceremony to mark the 250 day point until the start of the 2019 World Championships.