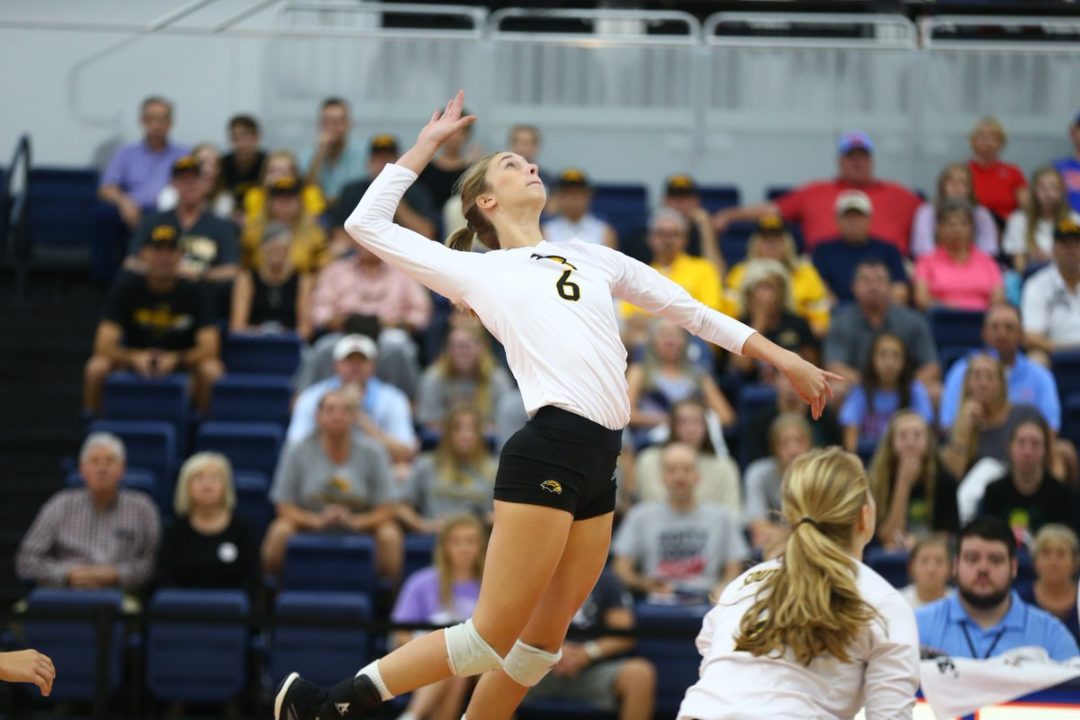 Although they are sure to get some more company over the coming weeks, there are just six active players in the 1,000-kill/1,000 dig club with the two newest members joining the party last weekend. Current Photo via Southern Miss Athletics

Although they are sure to get some more company over the coming weeks, there are just six active players in the 1,000-kill/1,000 dig club.

FGCU’s Amanda Carroll is one of the newest members of the group, posting her 1,00th dig on Friday as FGCU took on New Mexico State.

Carroll, who entered the year with a school record 1,354 kills and 969 digs. With eight kills, three digs and two assists vs. NMSU, the Albuquerque native became just the sixth player in school history to eclipse the 1000 dig milestone and just the second to join the 1,000/1,000 club (alongside Brooke Youngquist Sweat 2004-07).

Kylie Grandy at Southern Miss also posted her 1,00th dig over the weekend, combining that with 1,163 kills. Grandy notched a 20-kill, 14 dig double-double in a five-set loss to Ole Miss on Sunday to put her name among elite company.

Grandy is at least the fourth player in Southern Miss history to reach the double milestone.

Next in line to join the 1,000/1,000 club appears to be Purdue Fort Wayne’s Nicole Rightnowar, who needs just two more saves to break through. The senior outside hitter  ranks 11th among active players with 1,231 kills.

Two of those climbing the kill charts are Katherine Carlson and Allison Ketcham, both of whom play for Valparaiso. Each already has more than 1,000 digs to her credit (Carlson – 1,046; Ketcham – 1,521). Carlson needs 87 kills to cross into the 1,000/1,000 club, while Ketcham needs 91. Ketcham also is just 132 digs away from having the most digs among any non-libero in school history.