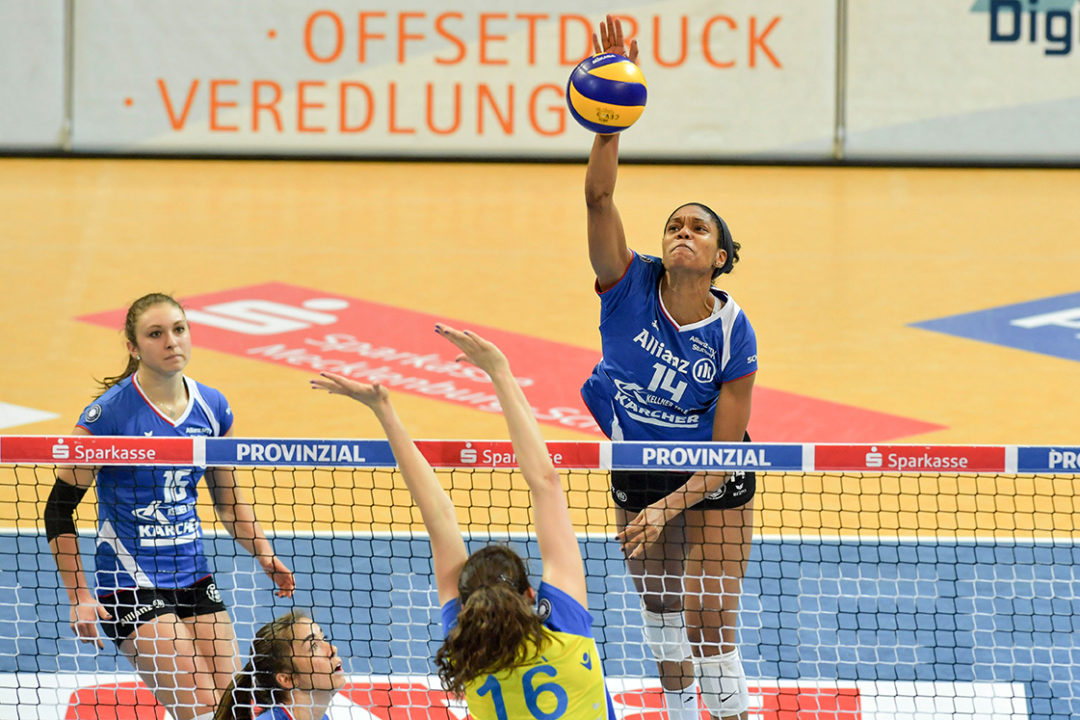 Aiyana Whitney will be playing for Lardini Filottrano for the 2018-2019 season.  Current Photo via Tom Bloch/ Allianz MTV Stuttgart

Lardini Filottrano has announced that they have signed American opposite Aiyana Whitney for the 2018-2019 season. Whitney played her collegiate volleyball with national powerhouse Penn State where she won two consecutive NCAA championships in 2013 and 2014. During their 2014 campaign, Whitney was named an AVCA All American. Her senior season she led the Nittany Lions with 3.11 kills per set.

Upon graduating in 2015, she played professionally for Puerto Rican team, Leonas de Ponce. Following that stint she moved to the German league and played for MTV Stuttgart where she helped her team win the German Super Cup and the German Cup. Her individual efforts were rewarded with her selection as the MVP. This coming season she’ll be playing for Lardini Filottrano in the Italian Serie A. Last season Filottrano finished tied for 9th with Foppapedretti Bergamo. Notably, fellow Americans Annie Mitchem and Nikki Taylor played for Filottrano last season.

Whitney has also played with the USA National Team in the 2017 USA Volleyball Cup and the 2017 FIVB World Grand Champions Cup where she won a bronze medal. The 6′ 3″ opposite was named to the preliminary roster for the 2018 Pan American Cup.