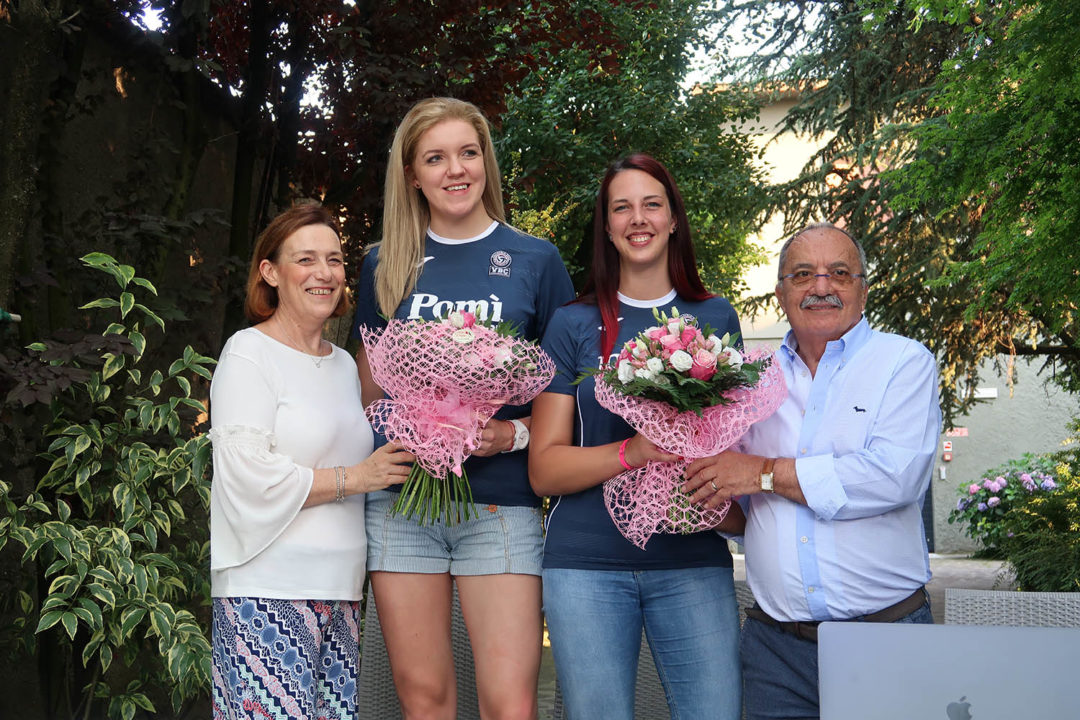 Pomi Casalmaggiore is still working very hard in order to not repeat its 2017-18 season fiasco that almost saw it get relegated Current Photo via http://www.volleyballcasalmaggiore.it

Pomi Casalmaggiore is still working very hard in order to not repeat its 2017-18 season fiasco that almost saw it get relegated. After signing superstar Polina Rahimova, the team continued its market hunt and only recently announced in its official website coveted Polish youngster Agniezka Kakolewska and Giulia Bertolo, both middle-blockers, to contracts.

23-year-old Kakoleswka, Poland’s national team captain, has been the dream of Italian squads for quite some time now. The 6’5″ giant, has shined for her national team since she was 17 years old and is ready to debut domestically outside of her home-country, where she played with Budowlani Lodz. In the current VNL season, she led the competition’s preliminary phase in blocks to the tune of 0.9 stuffs per set, and was also one of the competitions top servers at 0.28 aces per set. Here are her first words as a Pomi player:

“I am very proud to have arrived in Italy, especially here at Casalmaggiore, because the Italian Championship is one of the most difficult and stimulating in the world. I will try to immediately show what I can do for the good of the team.”

Bertolo is a little bit less experienced, although also 23. She spent most of her youth days developing in Italy’s A2 league, waiting for a call up. Now that it has come, she is very excited:

“For me it is a dream come true. I have always hoped to get to A1. I am here because I have a lot to learn and I think that with Marco Gaspari I will have this opportunity. I know that Pomì is a team that has had great results in recent years, and now needs redemption after the past season. I hope in some way to be useful to the group, certainly I’ll do my best to make myself ready if is were need!! Now I’m enjoying the holidays but I can not wait to get started!”