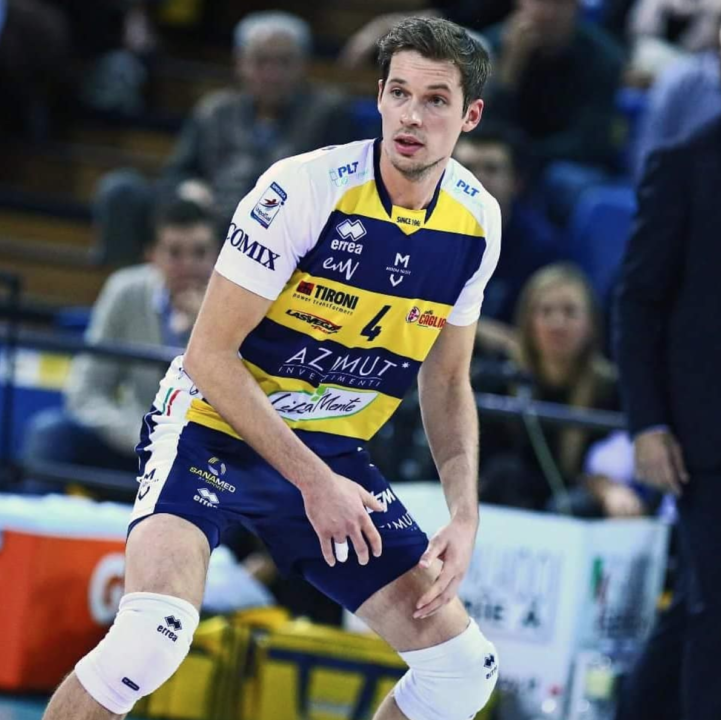 Maarten Van Garderen has signed with Trentino for the 2018-2019 season. The Dutch outside hitter stands at 6′ 7″ and has been playing professionally since 2006. Garderen has played across Europe including France, Italy, Germany and his home nation of Holland.

This past season Garderen played for Azimut Modena, the most successful Italian club team. Despite winning the championship in 2016, this past season Modena finished 3rd in the Italian Serie A1. Van Garderen saw limited playing time, only appearing in 16 sets, but he was able to tally 110 points for his team including 11 service aces, 89 kills and 10 blocks.

The head coach for Trentino, Angelo Lorenzetti, commented on Van Garderen saying, “We tried to bring in Van Garderen already a year ago, but the time was not possible to positively close the deal… we are talking about a player in constant technical and physical growth, with features that will surely be very useful during the season. Maarten is in fact a complete athlete and from our first dialogues also very serene, positive and motivated.”