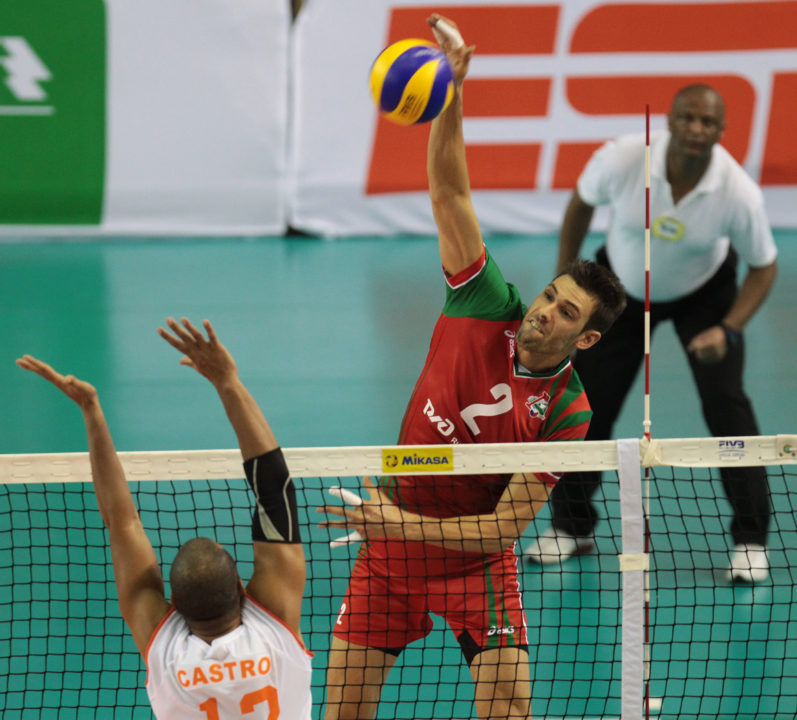 What happens when some soccer fans take their passion into the volleyball arena? Current Photo via FIVB

It’s commom knowledge of the US public that most of European top volleyball teams are part of bigger sport conglomerates that are connected to soccer clubs, the world’s most played sport. What sometimes do not reach fans is how the brutal rivalry involved in some of soccer’s most explosive derbies almost always transfer itself to the volleyball courts when these teams face each other, as soccer fans take their passion from the soccer fields to the volleyball arenas.

Recently, Russia’s Lokomotiv Novosibirsk‘s Lukas Divis shared a few stories of what he had to endure when playing for Turkey’s Fenerbahce (Championat.com):

“When I was playing in Turkey, even bullets from Kalashnikovs flew by us. Fans threw everything at us: phones, bottles, pieces of iron, money. During a match against Galatasaray, we had to flee the court and hide in the locker room. The match was stopped for 20 minutes. It happens when crazy football fans come to the game. They tear out the chairs and throw them on the court to stop the game. Believe me, this is not very pleasant. And during another derby, against Arkas, the match commentator got in a fight with a fan and began to beat him with his fists. He was then fired. This was my fourth game in Turkey, I looked at myself and thought: ‘What did I get myself into? And what will happen next? This is only the beginning!'”