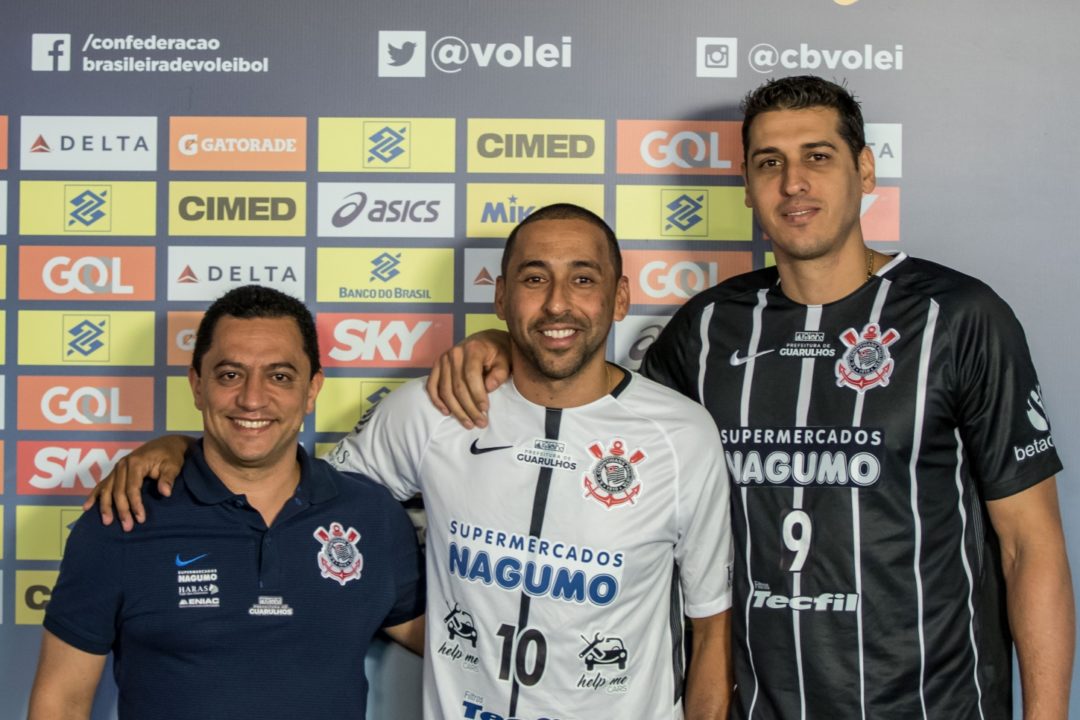 Will the team close its doors after only one year of existence? Current Photo via CBV

Partnerships with famous soccer clubs are very common and effective in professional volleyball.  Take for example the recent creation of Sada/Cruzeiro Vôlei, a branch of soccer club Cruzeiro, which was founded in 1921 and has over nine million fanatic supporters. In the last few years alone, Sada/Cruzeiro won three FIVB Club World Championships and five Brazilian Superligas. In all that, we can safely assume that having over nine million  supporters transfer their team passion from soccer to volleyball didn’t hurt in decisive home games.

Sérgio Santos, or “Serginho” (little Sérgio), only an year after his Olympic Game’s gold medal and MVP award, also tried to transform his passion for volleyball and his favorite soccer club  into a sport adventure, thus giving birth to Corinthians/Guarulhos. Serginho stated in the past that he has been a Corinthians supporter since childhood, and now that his career is nearing an end, he took it upon himself to start a volleyball branch of one of Brazil’s biggest soccer clubs and promote it from amateur status into professional play. In this season’s Superliga, he did just that, as the team successfully reached the competition’s playoffs.

All that, however, may not continue in 2018, as the team’s brass is involved in a deep bureaucratic dispute among its members, according to Blog Saida de Rede. Guarulhos was formed in 2017, but did not have to win promotion to Superliga through the usual lower division leagues because it entered a partnership with an already existing club, São Bernado, who was relegated from Superliga the previous season and had the opportunity to remain in the competition via a simple repeschage tournament. Now, after its season ended, conflicts within the partnership have been made public and both parties are threatening to pull out of their agreement. The club’s president says that he’ll do everything in his power to keep the team intact after such a successful season. Will he have the political power to do so? If the agreement between both clubs is indeed revoked, São Bernado will earn the right to play Superliga, but without most of Corinthians’ powerful sponsors.