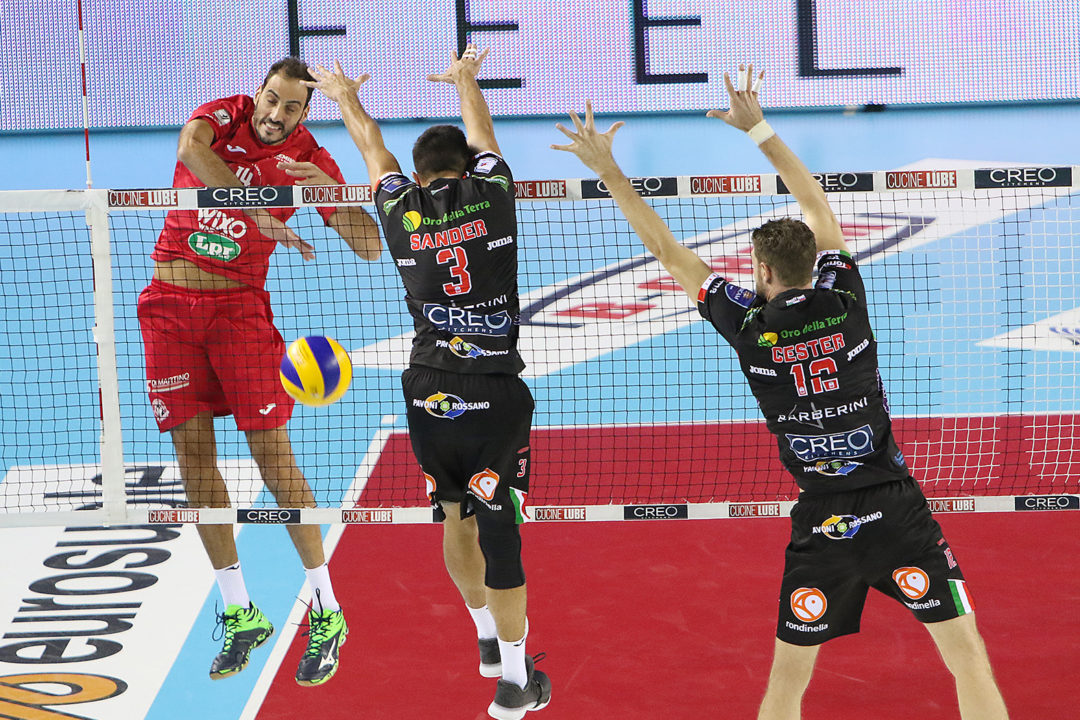 Alessandro Fei of Wixo LPR Piacenza takes home the MVP in the SuperLega for the month of January Current Photo via legavolley.it

The oldest player in the SuperLega was also the best for the month January. Alessandro Fei, nicknamed “The Fox,” had a monster month, notching 3 mvps and 75 points in the last 3 matches that Wixo LPR Piacenza played in. All 3 were 5-set wins for the club as well. The most impressive fact of all this is that Fei will be celebrating his 40th birthday in November of this year. Such sustained excellence is rare in men’s volleyball, and many players leave the professional scene soon after their 30th birthday because their body simply won’t allow further play. Fei has an elegance to his movements, smooth yet deceptively powerful. This deceptively quick style of play makes his fox nickname an appropriate moniker.

Fei was humble in his acceptance of the award, focusing on the fact that his team had won three close matches during the month of January. And this is the attitude that has allowed him to have such a long and rewarding career, playing in four Olympic games representing Italy and spending almost 24 years playing for Italian pro teams. He has spent time at both middle and opposite, which probably contributed to his blocking prowess.

Many players still play volleyball at age 40-in intramural leagues. To be winning MVP awards this late in a career in one of the most competitive leagues in the world is an amazing feat. Fei could have retired long ago quite comfortably, but a passion for the sport keeps drawing him in.  If/when Fei retires, he will be sought after by athletes from all over the world to share his secret to the fountain of youth.

Fei’s averages for the month of January: