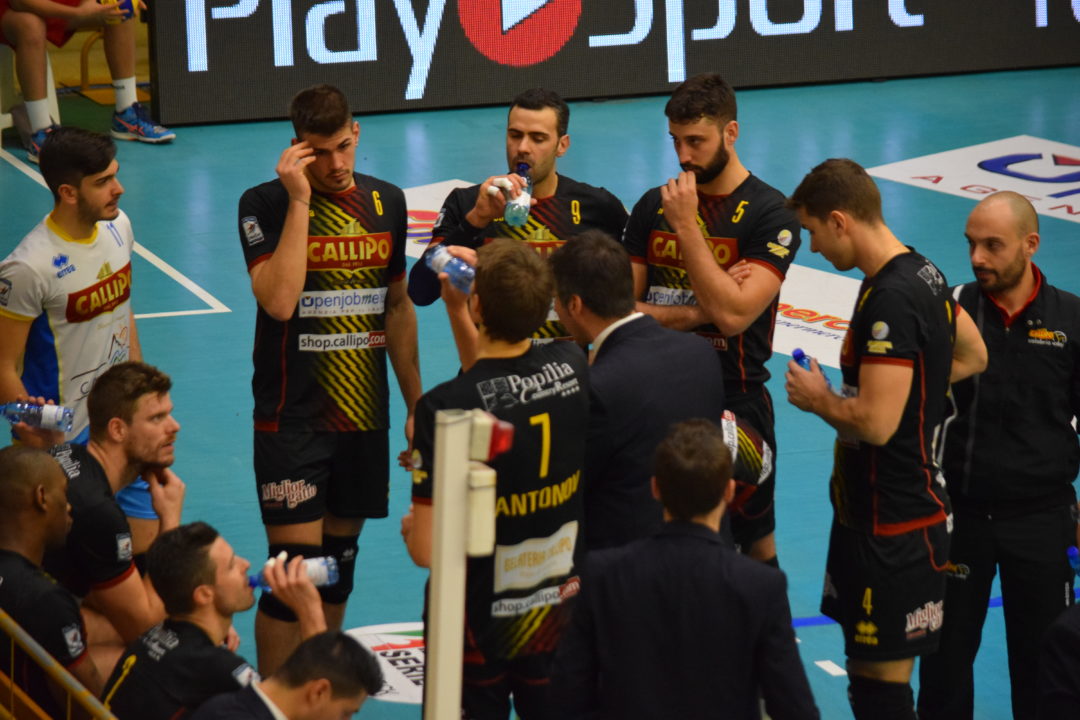 The life of a volleyball pro is often that of a mercenary, traveling all over the globe selling your talents to the highest bidder. Usually, this process takes place in the summer between pro seasons. For Oleg Antonov and SuperLega squad Tonno Callipo Calabria Vibo Valentia, however, a parting of ways was deemed necessary before the end of the season.

For Antonov, leaving Valentia allows him to finish out the season in a competitive environment. The Italian outside was featured frequently on the national team last summer during World League and the Grand Champion’s Cup, and he is undoubtedly hoping for playing time during the World Championship this summer. Getting more impactful reps could be the difference maker he needs to land coveted playing time.

For Ankara, the signing of Antonov was made with their eyes on the CEV Cup. The team from Turkey is sitting in the 8 team playoff phase and is up against Lindemans Aalst in their next match.  Oleg Antonov is a versatile player who will immediately bolster their serving and attacking, and because they are not shackled by foreign player limits in the CEV Cup, they can unleash him to his full potential.

For Valentia, this is as clear that this is a failed season. On paper, the team should have been much more successful than their 4-15 record would suggest. They bolstered their squad that finished 11-15 in their first SuperLega season last year with high profile signings such as Ben Patch, Pieter Verhees, Francios Lecat, and Antonov. That team didn’t gel together, and coach Lorenzo Tubertini was fired several weeks ago in a bid to save face. Since then there has been no improvement, however, and Valentia made the right move by cutting Oleg to save costs.

While the end result may not move the dial that much in the world of volleyball, this was a win-win-win move for Antonov, Ankara and Valentia. Oleg gets to play in the CEV Cup and a bit of extra cash, Ankara gets to be more competitive in their bid for the playoffs, and Valentia can save a few bucks and put the nail in the coffin of this ugly season.