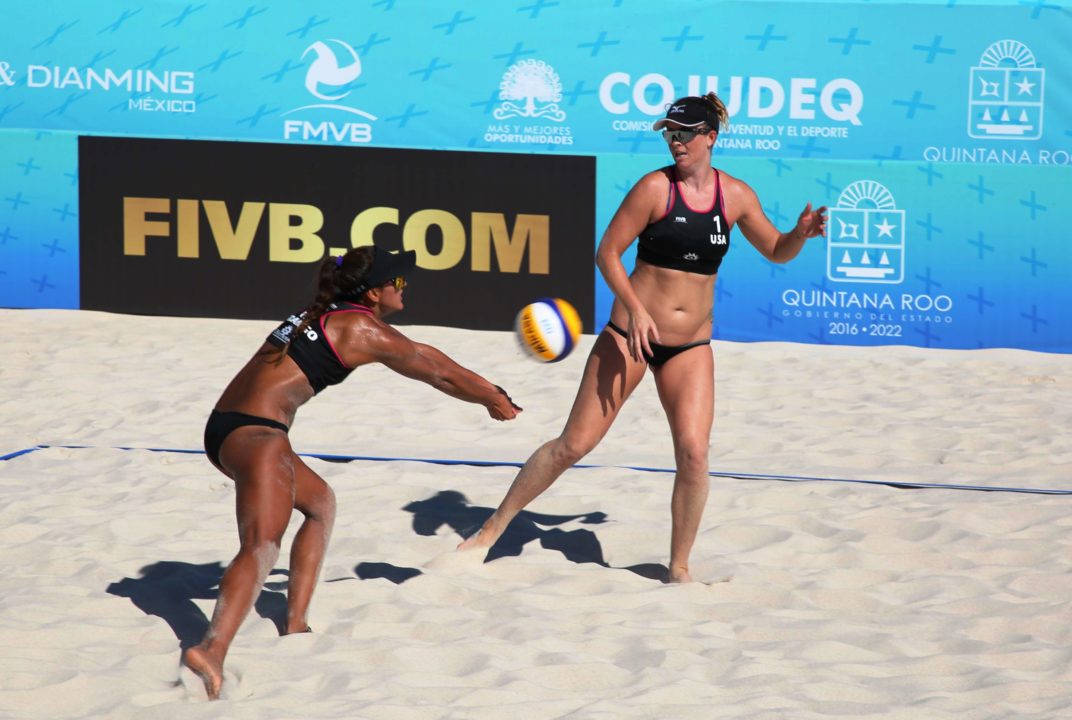 The Chetumal Three Star quarterfinals will include two teams each from Brazil, Canada and the United States as well as one each from Mexico and Russia.  Current Photo via FIVB

The quarterfinals will include two teams each from Brazil, Canada and the United States as well as one each from Mexico and Russia.

The field was set after two knockout rounds on Friday.

Joining the pair in the quarterfinals are:

Three of the Round 2 matches went to tiebreak.

The four quarterfinal matches, which will keep countrywomen separated, are slated to begin at 5 p.m. ET.

The semifinal matches also will be played on Saturday at 10 and 11 p.m. ET.