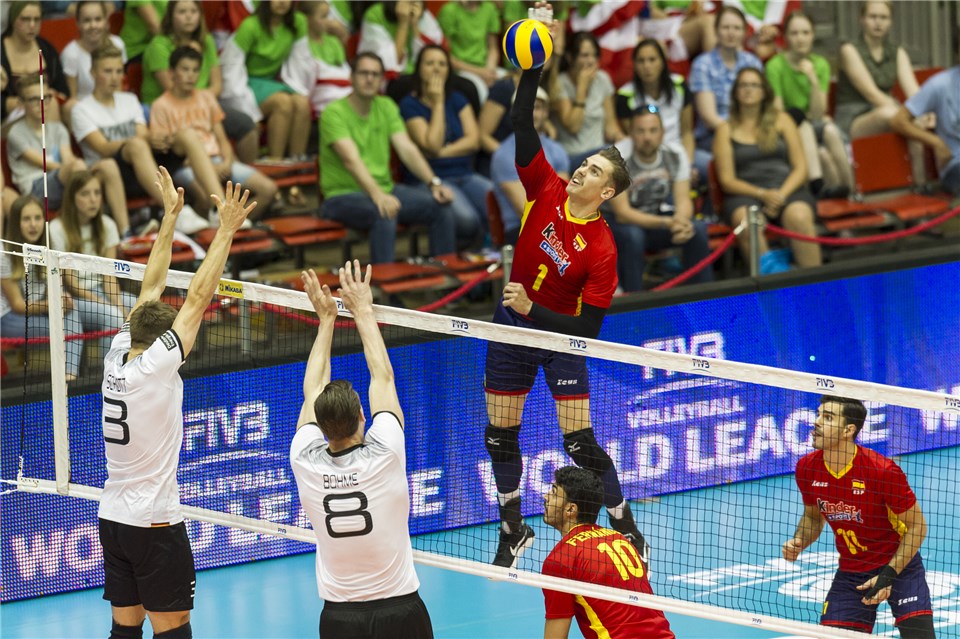 Spanish club CV Teruel has just announced in its official website that Spanish national teamer Andrés Villena has left France’s Spacers Toulouse to sign with its squad. It is a very surprising move for Villena, who although recovering from an injury, was part of a Toulouse roster that is playing the 2018 CEV Champions League, and now will make the move to the Spanish League, a much less prestigious competition when compared to the CEV Champions League and even the French league itself.

His performance at these top-level youth competitions caught the attention of Italian A1 club Vibo Valentia, who signed the youngster to a contract for the 2013-14 season. Things didn’t go as expected in their partnership, and at the end of his contract, Villena was let go and signed in Italy’s A2 league, where he played for a season. At the end of his Italian journey, he went back to Spain, where he won two straight Spanish Championships with Unicaja and Parma. His performance once again caught the attention of another European elite club, this time Toulouse, for which he only played in 12 games before once again returning home.

Teruel, who stated the signing was a “luxury reinforcement,” currently sits in 2nd place of SuperLiga with a 14-1 record.