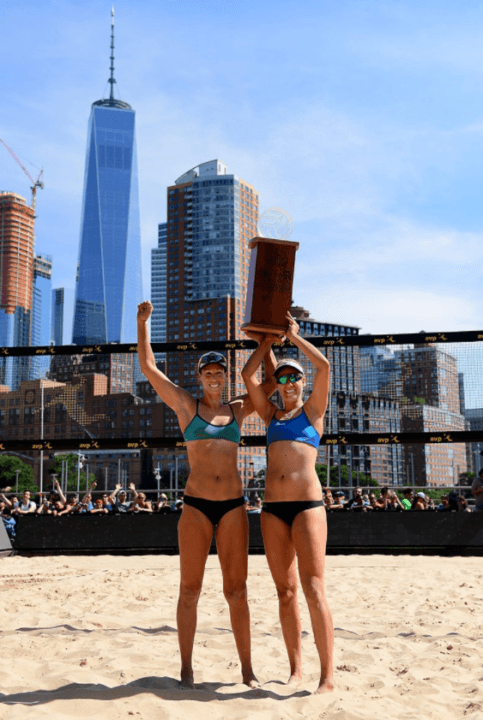 After their first AVP Tour tournament together, April Ross and Lauren Fendrick have earned the gold medal prize at the New York City event. Current Photo via AVP

After their first AVP Tour tournament together, April Ross and Lauren Fendrick have earned the gold medal prize at the New York City event. Ross suffered a minor injury, dislocated toe, but was able to stick with it to take the match. This is the second AVP win for Ross this season and her first with Fendrick.

The event in New York is the third on the tour and the first of the newly announced Gold Series. With this being a Gold Series event, the athletes earn more points to their name and earn a larger payout from the increase purse prize. Ross and Fendrick add another 900 points to their names, along with $18,000 to split.

April Ross ended the match with 19 kills on a .52 hitting percentage along with 14 digs. Fendrick was able to put down 13 kills and 10 digs, while also adding another four blocks to her dominating tally.

Summer Ross finished with 15 kills and six digs along with two blocks and three aces while Sweat put down 10 kills and 13 digs.

The detriment for Summer Ross/Sweat was their attack errors, each of the two hit for less than 0.30 percent, while their competitors each hit above a 0.35 hitting mark.