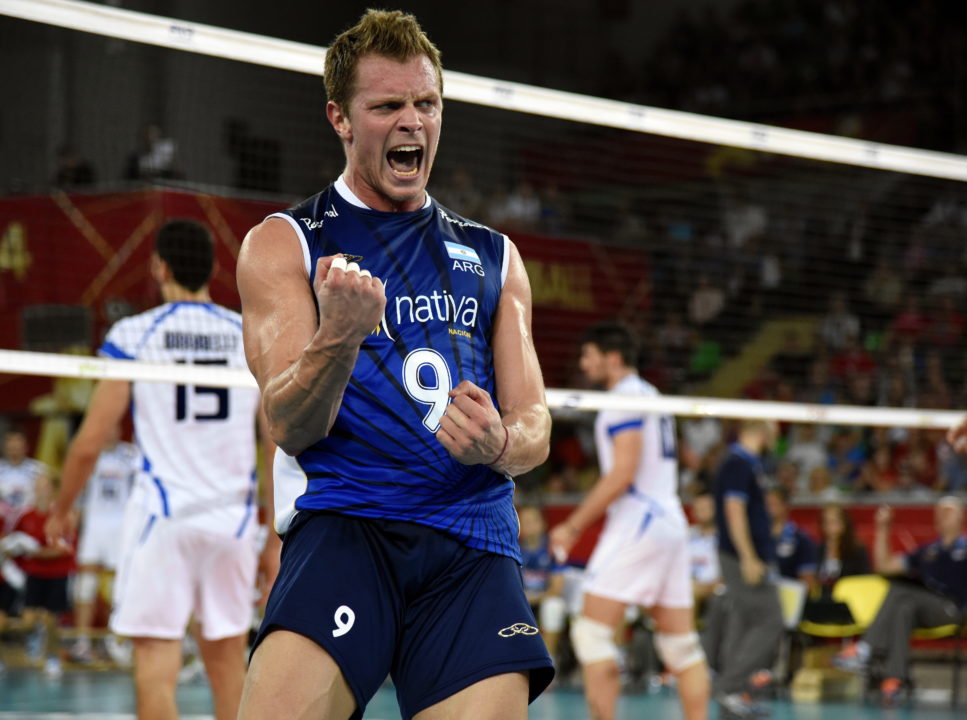 Rodrigo Quiroga is another addition to the roster that will participate in the 2018 CEV Champions league. Stock Photo via FIVB

Former Argentinian national team captain Rodrigo Quiroga has signed an one year contract with Polish club Jastrzebski Wegiel, as the team is setting up its squad to participate in the 2018 CEV Champions league. This is the first time the 30 year old 6’4″ Argentinian wing attacker will play in Poland, after stints in Turkey, Italy, Greece, Iran, Brazil, the United Arab Emirates, as well as his home country.

Quiroga comes from an influential volleyball family. His father played professionally in Argentina, while his uncle, Raúl Quiroga, had a lot of success as a bronze medalist in the 1988 Seoul Olympics. His younger Brother, Gonzalo Quiroga, will also play professionally in Poland this year, with GKS Katowice.

Quiroga has already gifted his fans with the updated news in Instagram: