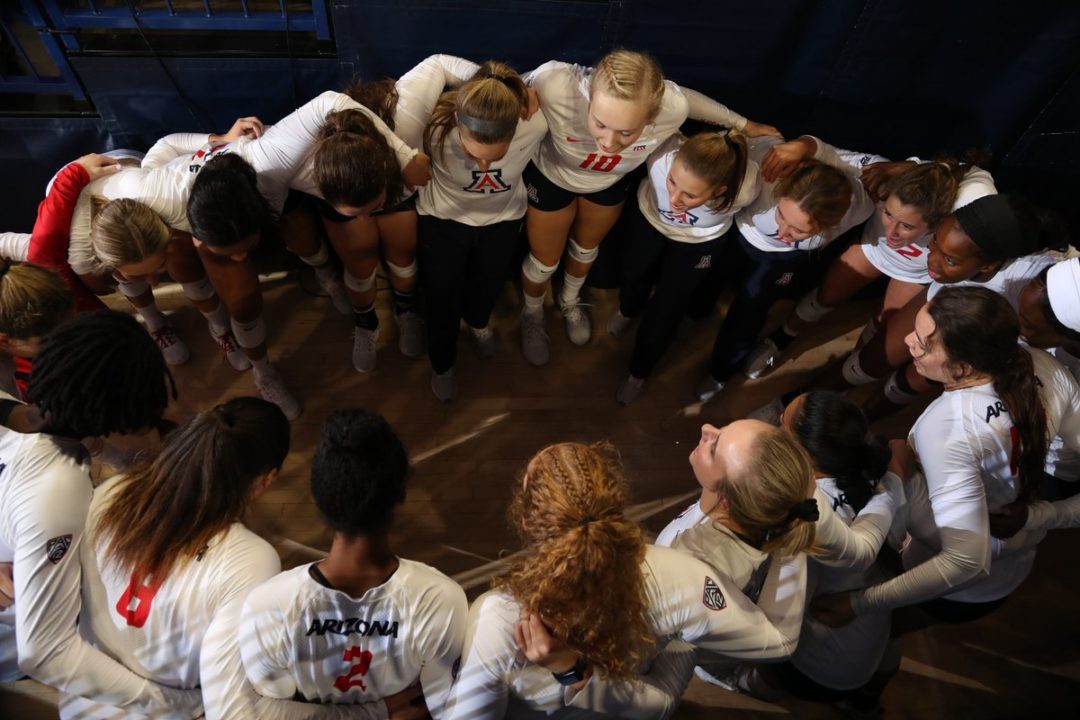 Arizona volleyball returns to the road this week to face No. 14 Oregon and RV Oregon State. Current Photo via Arizona Athletics