Poland Gets the Sweep, Serbia Advances 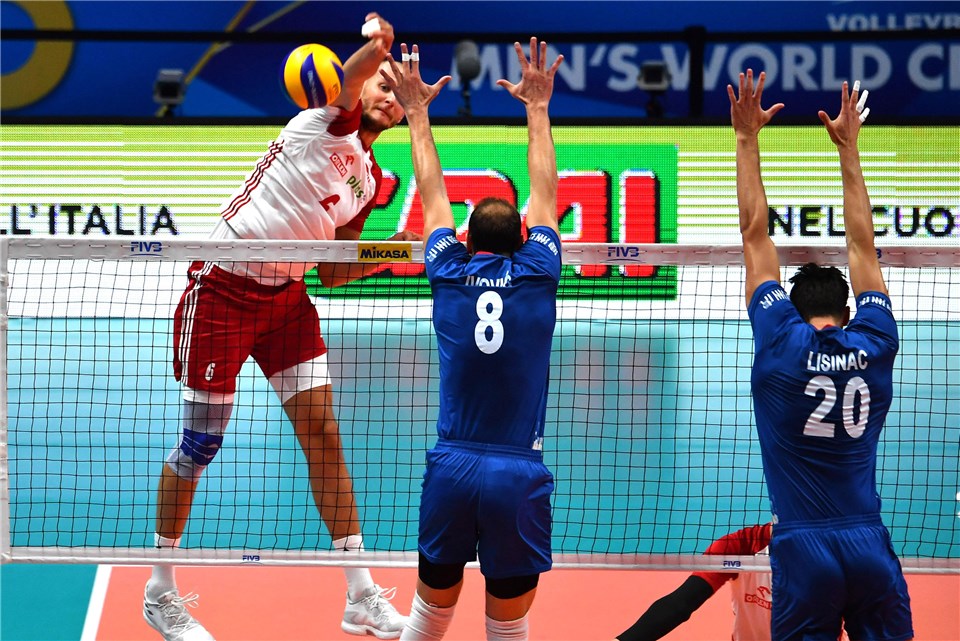 Bartosz Kurek led the match for Poland with 15 points in their sweep against Serbia.  Current Photo via FIVB

With criticism coming from members of the French media about Serbia not competing to win against Poland on September 23rd in the last match of Pool H, Poland responded with another 3-0 sweep. Serbia just needed one set to make it through to the semifinals. They were not able to do so but they did earn enough points in the match to see themselves through.

Poland must have been concerned after they witnessed Serbia’s ruthless performance against Italy to open Pool J on Wednesday. The defending champions were able to stave off set points in the first 2 sets in order to jump to a pair of 28-26 victories. In match where they performed fewer kills (39-40), they were able to pull out the important points at opportune times to come away with a sweep and put themselves into a great position to qualify for the semifinals.

Bartosz Kurek led the way for Poland with 15 points on 13 kills and 2 aces for Poland. The starting opposite also hit an incredible 68.4% from the right side. Michal Kubiak, seemingly recovered from food poisoning which caused him to miss a previous match against Argentina last week, also put in an impressive performance. The Polish captain and outside hitter put away 9 kills while hitting 52.9%. He also led the match with 4 blocks, and scored a point from the service line. Artur Szalpuk finished with 8 points on 8 kills from the other outside hitter position.

Mateusz Bienek had to replace Jacob Kochanowski in the middle in the first set after a slow start. Bienek led the match with 3 aces in addition to a match-high tying 4 blocks. He also contributed 5 kills on 6 attempts to finish with 13 points. Piotr Nowakowski played at the other middle blocker position, but only scored 1 point. Fabian Drzyzga set Poland to a 58.2% success rate in attack.

After the match, Kurek, stressed that their job is not yet done. “We are not qualified yet – that’s the first thing we must understand,” he stated. “We are going to face a great team, in the middle of a crazy crowd, and that’s going to be hard. We need to stay focused.”

In order to defeat Serbia, a team must be able to contain Aleksandar Atanasijevic. Poland was able to keep him to 11 points on 10 kills and a service ace. The Serbian opposite hit 52.6% for the match. Uros Kovacevic, the left-handed outside hitter, was Serbia‘s leading scorer with 14 points on 12 kills, 1 ace, and 1 block with a 48.0% hitting percentage. Marko Ivovic was relatively quiet in attack with 5 kills and 2 aces.

Srecko Lisinac and Marko Podrascanin both scored 4 points each in the middle for Serbia. Both of their points came entirely from kills. Podrascanin was a perfect 4 for 4 in attack, but was replaced in the third set by Petar Krsmanovic. He came off the bench to score 3 points on 1 kills and 2 blocks. Nikola Jovovic set Serbia to a 50.6% attack average.